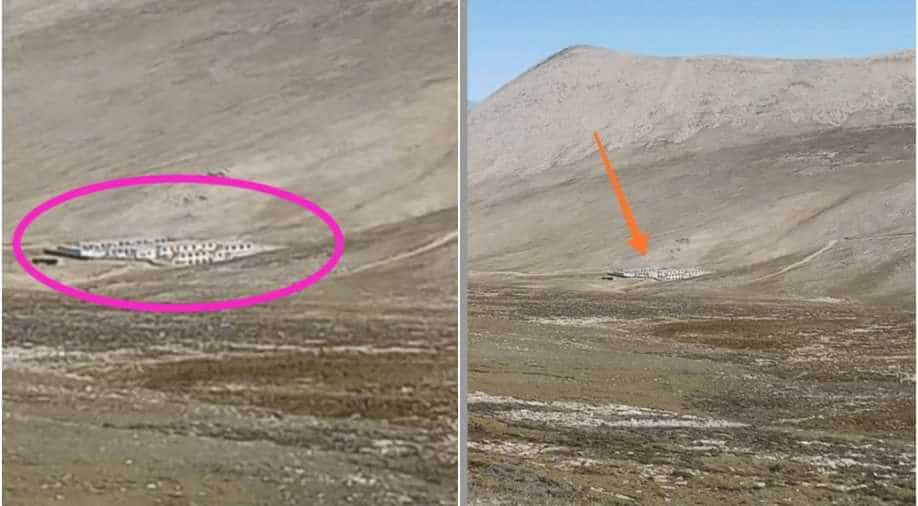 China has constructed nine buildings in a Nepal territory without the country's consent or permission. And this is not the first time.

In recent times, the world has witnessed an escalation in China's territorial aggression on all sides of its border. China's expansionist designs continue to haunt all-weather ally Nepal too, as it has encroached on yet another part of the country.

China has constructed nine buildings in a Nepal territory without the country's consent or permission.

China has secretly built the structures in the Humla district in Nepal, and has also stopped the Nepali population from entering in this area.

This issue came into light when the president of the local village council, Vishnu Bahadur Lama, went on a visit to this territory. He revealed that China soldiers had completed the building construction in the Limi village of Lapcha village. He was even prevented from going to the side of the village where the construction had taken place.

Lama claims that he even tried to speak to the Chinese forces in vain and they did not respond and he was even told to go back.

Lama then took a few pictures with his mobile phone -- which show the buildings have been built nearly 2 kilometres into the Nepal territory.

It should also be noted that while Nepali citizens are forbidden to visit the region, the Chinese are freely roaming inside the area.

When the Humla district chief Chiranjeev Giri was contacted for a status check, he said that he too did not have any knowledge of the construction.

This is not the first time when China has occupied the Nepali territory without their knowledge.

Two months ago it was reported that China had merged the Nepal Gorkha district's Rui village with its territories.

In June, another report, prepared by Survey Department of Agriculture Ministry of Nepal, showed a list of 11 places, of which China had encroached on ten places comprising about 33 hectares of Nepali land. They did this by diverting the flow of rivers which act as a natural boundary.

The Chinese Government is widely expanding its road network in so-called Tibet Autonomous Region (TAR) "because of which some rivers and its tributaries have changed their course and are flowing towards Nepal. The flow of rivers is gradually receding the Nepalese territories and if it continues to remain so for some more time, it would cede the maximum portion of Nepal's land towards TAR," the document obtained by ANI stated.

Chinese road construction in Tibet diverted the flow of Sumjung, Kam Khola and Arun rivers of Sankhuwasabha district resulting in the encroachment on nine hectares of Nepali land.

The document had warned that Nepal would lose more lands if proper steps are not taken in time.

In August too, the surveying and mapping department of Nepal said China had pushed the international boundary 1,500 metres towards Nepal in Dolakha. It had pushed the boundary pillar Number 57 in the Korlang area in Dolakha, which was previously located at top of Korlang.

China's aggressive expansionist policies have recently led to a violent stand-off with India near Ladakh. Beijing also has had stand-offs with Vietnam and Malaysia in the South China Sea, pressurised Taiwan with night time drills in Taiwan Strait and threatened Australia with the boycott of wine, beef, barley, and Chinese students.

Beijing has also brought in a new law - Hong Kong Security law - to increase its control on the semi-autonomous city despite strong protests.