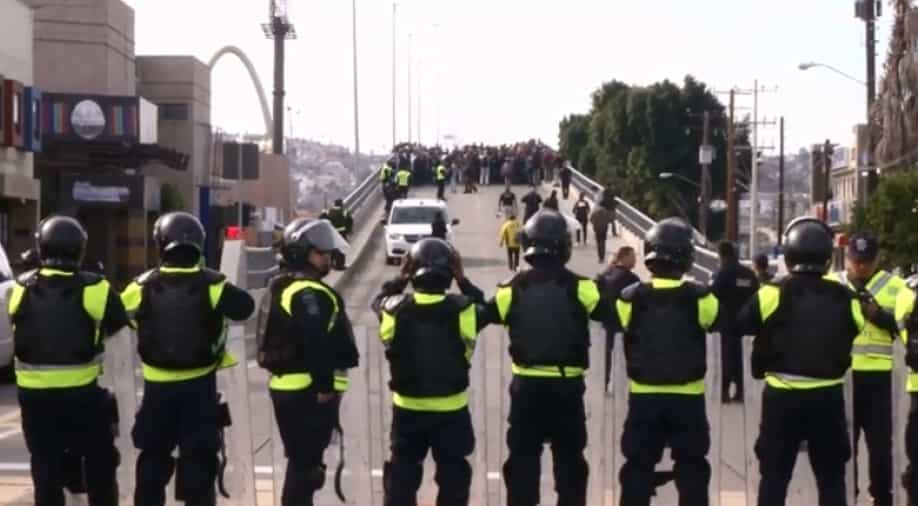 Reggie Singh, the brother of Indian-origin policeman Ronil 'Ron' Singh killed in California and described a national hero by Donald Trump, has said he supported the US president's efforts on border security so that others do not experience what his family has been going through since the incident.

Reggie Singh, the brother of Indian-origin policeman Ronil "Ron" Singh killed in California and described a national hero by Donald Trump, has said he supported the US president's efforts on border security so that others do not experience what his family has been going through since the incident.

Corporal Ronil Singh, 33, of the Newman Police Department was shot and killed during a traffic stop on December 26 allegedly by an illegal immigrant.

During a visit to the southern border state Texas on Thursday to push for his controversial US-Mexico border wall plan, Trump attended a border patrol roundtable at McAllen, where Reggie Singh was seated next to the president.

There the US president said, "I watched a family right around Christmas time... Suffer and I'd like to ask Reggie, maybe you could say a few words about your incredible brother, the job he was doing. He was so beloved by the people of the department and beyond the department."

To this, Reggie Singh told the president, "The way he (Ronil Singh) was killed, what my family is going through right now, I do not want any other family, law enforcement person to go through that."

"Whatever it takes to minimize... Put a stop to it, my family fully supports it," Reggie Singh said.

In the last few days, Trump has made it a point to mention the killing of Ronil Singh by an illegal immigrant to build a strong case in favour of a stronger border security to prevent entry of illegal immigrants.

"We are deeply moved to have with us Reggie Singh, whose brother, Ronil Singh, incredible guy. I mean, I watched, and I've rarely felt worse and watching news of our nation than watching your family and the love that you have for your brother," Trump said.

During the roundtable meeting, Reggie Singh said he and his brother are originally from Fiji.

"English is our second language. He worked on that, got his education, applied for law enforcement agency and he was asked to get his citizenship. He worked towards that and he became a cop, K-9, Corporal K-9," Reggie Singh said.

The president replied, "We are with you. You know that, right."

"I can see that, the way it came through. It came through loud and clear. And there are so many other people who have the same -- nobody covers them..., nobody talks about how unfair it is to the victims of these brutal killings," he said.

On Tuesday, Trump spoke with the family members and law enforcement colleagues of Singh, a native of Fiji who joined the force in July 2011 and said America's heart broke the day the young officer was "savagely murdered" in cold blood by an "illegal alien".

Trump has asked for US $5.6 billion from the Congress to construct a wall along the US-Mexico border, which he said is crucial to stop the flow of illegal immigrants and smuggling of drugs into the country.

The Democrats argue that constructing a wall is not the best use of taxpayers' money.

The sharp differences between the Trump administration and the opposition Democrats over border security has resulted in a partial government shutdown, which entered its 20th day on Thursday, making it the second-longest in history after the 21-day shutdown in 1995-96.