Liverpool will be 'on fire' against Madrid in final, says Klopp 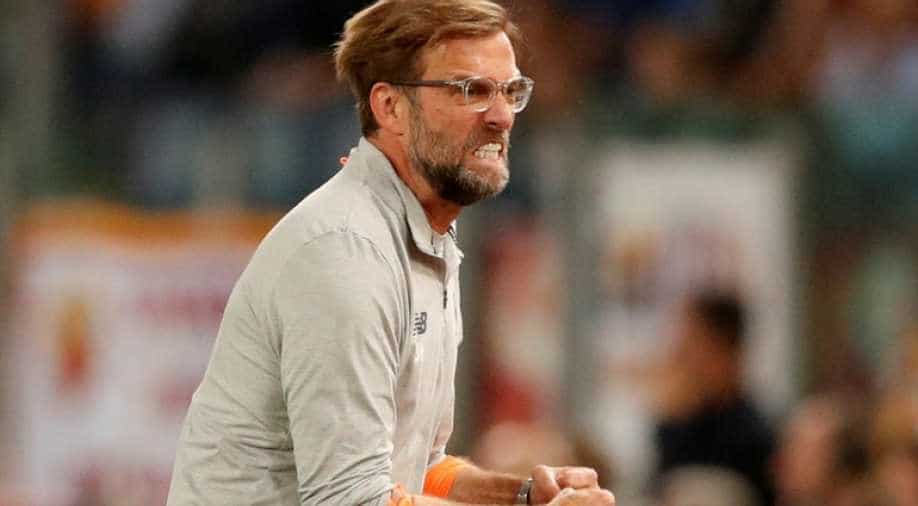 Liverpool boss Juergen Klopp has said his team will be "on fire" for the Champions League final in Kiev as they look to stop an experienced Real Madrid side from winning a third consecutive European title.

The Merseyside club will feature in their eighth European Cup final on May 26 after beating AS Roma 7-6 on aggregate in the semi-final on Wednesday.

It hands Liverpool an opportunity to end their six-year trophy drought and lift their first piece of silverware under Klopp's management, having lost the finals of the League Cup and Europa League in 2016.

"We were in a League Cup final and didn't win it," said Klopp.

"People don't tell me in the street since then: 'Thank you for bringing us to the final.' We were in the Europa League final too. Nobody tells me thank you.

"I see no trophies after these games. They don't hang silver medals at Melwood. That's a pity, but that's the game. There's still a job to do."

Madrid, who overcame Bayern Munich in the other semi-final, return to the final for the fourth time in last five years.

Zinedine Zidane's side has retained a core group of players including Cristiano Ronaldo, Sergio Ramos, Luka Modric and Karim Benzema, who have all been involved in lifting their last three European titles in 2014, 2016 and 2017.

"You cannot be more experienced in this competition than Real Madrid," the German manager added.

"I think 80 percent of their team played all these finals. They are four times in the last five years and still together. They are experienced, we are not, but we will be really on fire."