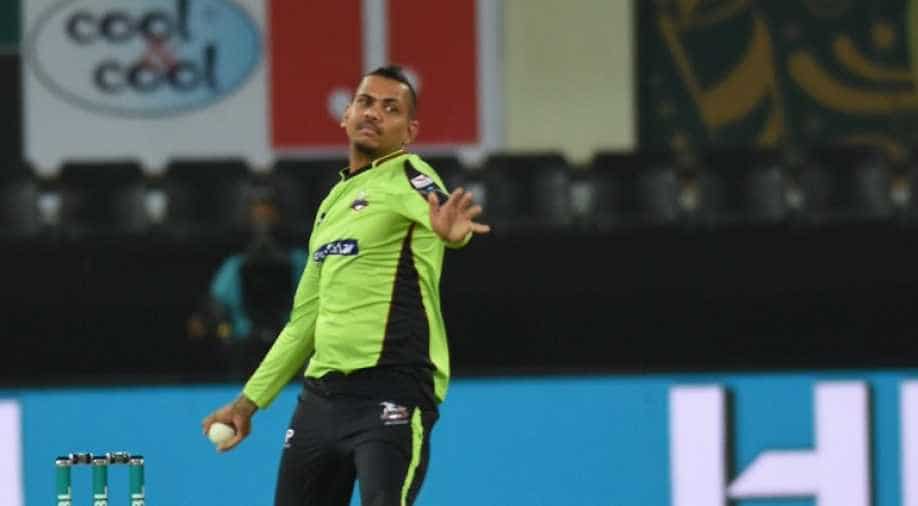 Narine was first reported for an illegal action during the Champions League in India in 2014. Photograph:( Twitter )

Just days ahead of Indian Premier League, off-spinner Sunil Narine, who was retained by SRK-owned Kolkata Knight Riders for its 11th season, was reported for an illegal bowling action in Pakistan Super League (PSL) match between Lahore Qalandars and Quetta Gladiators at Sharjah.

“Narine has been reported for a suspected illegal bowling action during Wednesday’s PSL Twenty20 game between Lahore Qalandars and Quetta Gladiators at Sharjah,” media reports said.

“The match officials’ report on Narine’s bowling action will be sent to Cricket West Indies (CWI) and he will have to go through the process that is followed by the CWI, for suspected illegal bowling actions,” it added.

The 29-year old reporting for illegal bowling action may affect his participation in the IPL that begins on April 7.

???? Sunil Narine has been reported for a suspected illegal bowling action during match between Lahore Qalandars & Quetta Gladiators at Sharjah.
Narine has now been placed on the warning list and may continue to be selected to play and bowl for his team in the #HBLPSL. pic.twitter.com/DndD6hZphW

For the time being, Narine has been placed in the warning list, which means he can be picked in the team and continue to bowl in the tournament.

Narine, who has played six Tests, 65 one-day and 48 Twenty20 internationals, was first reported for an illegal action during the Champions League in India in 2014.

As a precaution, he was withdrawn from the West Indies squad for the 2015 World Cup and only returned after remodelling his action.

Narine was then reported again in an international match in Sri Lanka in November 2016 and was suspended after biomechanical tests proved his action was beyond the 15-degree limit allowed under the International Cricket Council's rules.