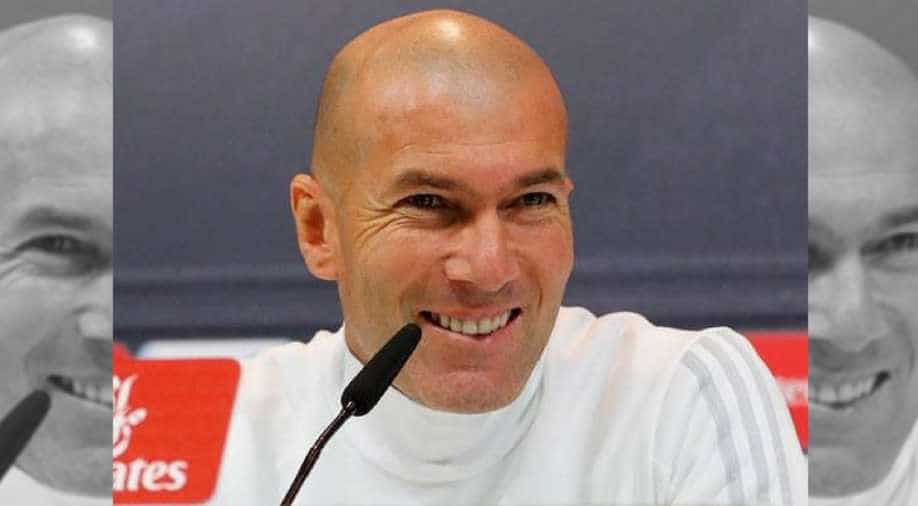 Zinedine Zidane during the press conference. Photograph:(Twitter)
Follow Us

Real Madrid forward Cristiano Ronaldo had sprained his ankle during the El Clasico draw with Barcelona earlier this month.

He has not played since then and there were many questions on his fitness ahead of the club's World Cup, i.e. UEFA Champions League.

Real Madrid coach Zinedine Zidane has denied all the rumours related to Cristiano Ronaldo's injury and declared him "120 per cent" fit ahead of the Champions League final.

Ronaldo sprained his ankle against Barcelona earlier this month, prompting fears the Portuguese might not make the clash against Liverpool on May 26.

Real can still snatch second place from Atletico Madrid if they win and Atletico lose at home to Eibar on Sunday but Zidane's players will be keener to make their case for a starting spot against Liverpool.