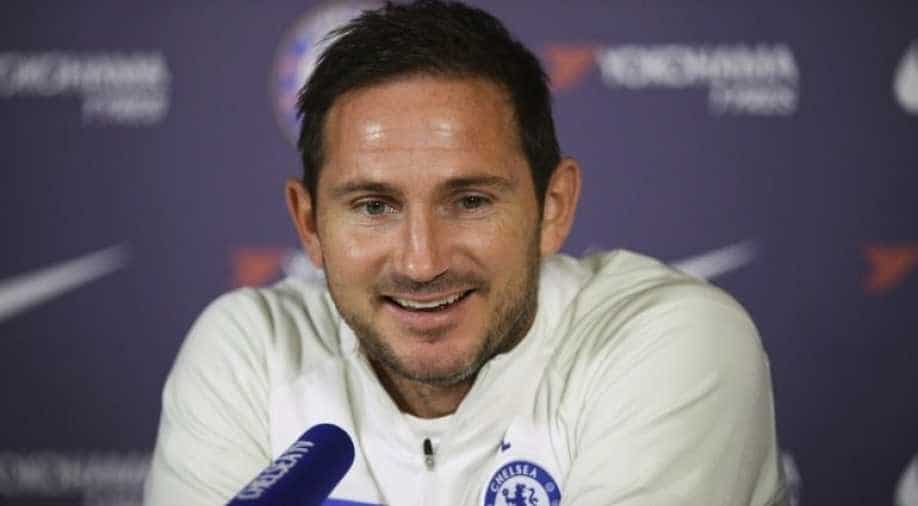 If Lampard cannot tailor his approach, Norwich have a striker in form ready to take advantage

Early Premier League leaders Liverpool and Arsenal face-off, while Frank Lampard is under pressure to deliver his first win as Chelsea boss at Norwich on Saturday.

One of the only two remaining 100 per cent records in the Premier League will go at Anfield where the European champions will hope to continue a fine recent record against the north Londoners.

Jurgen Klopp has never lost in seven previous Premier League meetings against Arsenal and his side have beaten the Gunners 4-0 and 5-1 at home in the past two seasons.

However, Unai Emery's outfit are hoping a busy summer in the transfer window, while Liverpool did not strengthen, will have significantly narrowed the 27-point gap between the sides last season.

However, it is at the back Arsenal need a drastic improvement and there is an early opportunity for veteran centre-back David Luiz to make his mark by halting the free-scoring trio of Sadio Mane, Roberto Firmino and Mohamed Salah, who combined for all five Liverpool goals when the sides last met.

"A lot of times in my life I had sensational players always (but) not world-class players," Klopp told Liverpool's website.

"Now, thank God I have them and they make the difference. Sadio Mane, Bobby Firmino, Mo Salah – these guys in the last situation are really outstanding."

Arsenal have some outstanding finishers of their own. Pierre-Emerick Aubameyang, who shared the Premier League Golden Boot with Mane and Salah last season, has scored his side's winner in the first two games of the campaign.

And on the evidence of Liverpool's first four games of the season across all competitions, a defence that registered 20 Premier League clean sheets last season looks far less solid.

Whilst Liverpool and Arsenal have taken advantage of a couple of kind fixtures to get their campaigns off to a bright start, Manchester City, Manchester United and Tottenham all dropped points on matchday two.

The roles are reversed this weekend as United host Crystal Palace, who have yet to score this season at Old Trafford, City travel to Bournemouth and Spurs seek to dismiss Newcastle with the ease newly-promoted Norwich did last weekend.

United paid the penalty for Paul Pogba's miss from the spot in a 1-1 draw at Wolves on Monday, but following on from a 4-0 win over Chelsea on the opening weekend of the season, there have been plenty of encouraging signs that Ole Gunnar Solskjaer's vision for a young, quick and hungry side is taking shape.

Harry Maguire and Aaron Wan-Bissaka, who will face his old side this weekend, have made an immediate impact in shoring up a leaky defence, while Marcus Rashford and Anthony Martial have formed a dynamic partnership up front.

Pukki to pile pressure on Lampard?

Lampard was not handed an easy start to life as Chelsea boss with a trip to Old Trafford followed by Liverpool in the UEFA Super Cup and the visit of an ambitious Leicester side to Stamford Bridge last weekend.

However, Lampard, who had just one year's managerial experience at Derby prior to taking over his old club, needs a win at Norwich to ease the questioning of his tactics.

The former England international has been accused of being too gung-ho in his approach as both United and Leicester cut Chelsea open relentlessly on the counter-attack.

If Lampard cannot tailor his approach, Norwich have a striker in form ready to take advantage. Teemu Pukki has scored four times in his first two Premier League appearances, including a hat-trick against Newcastle last weekend.