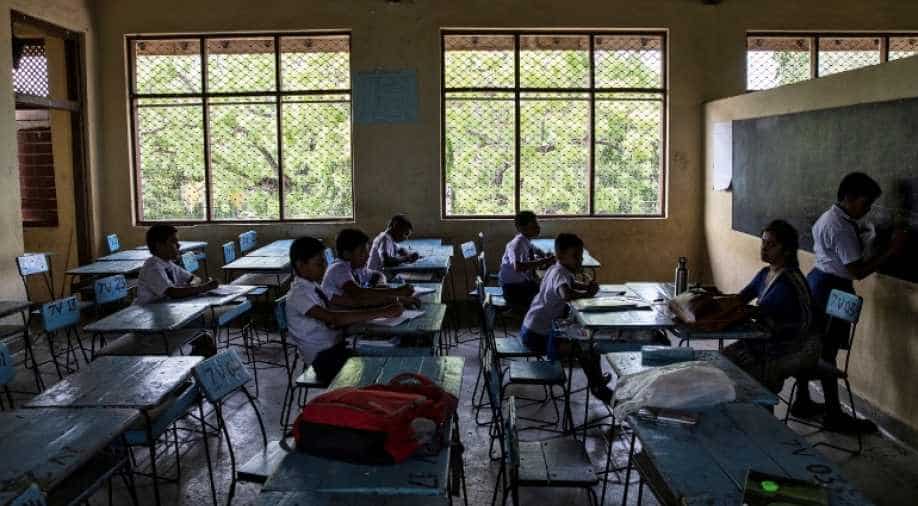 Few students are seen in an otherwise full clasroom at a school which opened days after a string of suicide bomb attacks across the island on Easter Sunday, in Batticaloa, Sri Lanka. Photograph:( Reuters )

Sri Lanka has tightened security ahead of the reopening Tuesday of some Catholic schools for the first time since the Easter bombings that killed 258 people, the army chief said.

Dozens of private Catholic schools are to start reopening Tuesday after Easter holidays were extended because of the suicide bombings on three churches and three hotels.

A Roman Catholic spokesman in Colombo said schools would reopen on a staggered basis over the next two weeks and that school authorities had been asked to ensure safety.

"In some places children will not attend classes in their uniforms," the spokesman said.

"Advanced Level classes will start on Tuesday but primary and middle school will reopen gradually in the weeks to come."

More than 10,000 public schools reopened earlier this month, but attendance has been low.

On Sunday, President Maithripala Sirisena marked the 10th anniversary of the end of the country's Tamil rebel war by vowing to crush Islamist militants blamed for the Easter bombings that also left 500 injured.