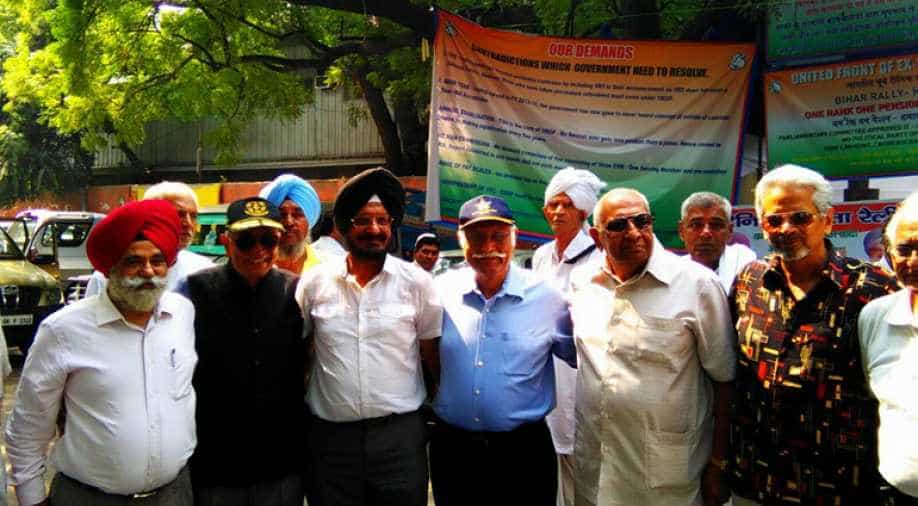 The Congress also committed itself to ensure pay parity between defence forces and class A civil servants. (Image source: Wikimedia Commons) Photograph:( Others )

In a major turnaround, One Rank One Pension (OROP) leaders have decided to support and canvass for the Congress in the Indian states of Punjab and Uttarakhand. Both these states send substantial numbers to the Indian armed forces. The decision has come in the wake of unhappiness expressed by the OROP leaders on the package which was given out by the Centre last year.

Since then, OROP leaders have been sitting on a relay hunger strike pressing the Centre to change the OROP package. The open support is not without significance.

One Rank One Pension (OROP) is a pension reforms movement for Indian armed forces personnel.

OROP was an issue during 2014 Lok Sabha elections, and Narendra Modi’s rally in Rewari in 2014 was organised by the ex-servicemen. So the open support and participation of the ex-servicemen will have a direct impact on the assembly election in both states which are going to polls on February 4.

Amrindar Singh said that they support the demand of the OROP and would like Centre to restore parity of the ranking of the armed forces members with their civilian counterparts. The resolution of the ex-servicemen was also accepted by the Punjab Pradesh Congress Committee with the guarantee that all 21 recommendations will be accepted once Congress is in power in the state.

The Congress also committed itself to ensure pay parity between defence forces and class A civil servants. Congress also said that they would implement the Koshiari Committee report of 2013 in the light of suggestions made by the OROP members.

The Congress also said that they would be nominating more members of ex-servicemen to Rajya Sabha and the properties of serving and ex-soldiers would be brought under the provision of NRI property act.

Randeep Surjewalan, chairman of the Congress Media Cell, told WION that Congress as a party stands committed to the demand of OROP and Prime Minister Narendra Modi should deliver what the soldiers want.

Until last year, OROP, despite fighting with the government, remained hostile towards the Congress. Even Congress vice president Rahul Gandhi’s sojourn to Jantar Mantar to meet ex-servicemen wasn’t a smooth experience as many shouted slogans against him.