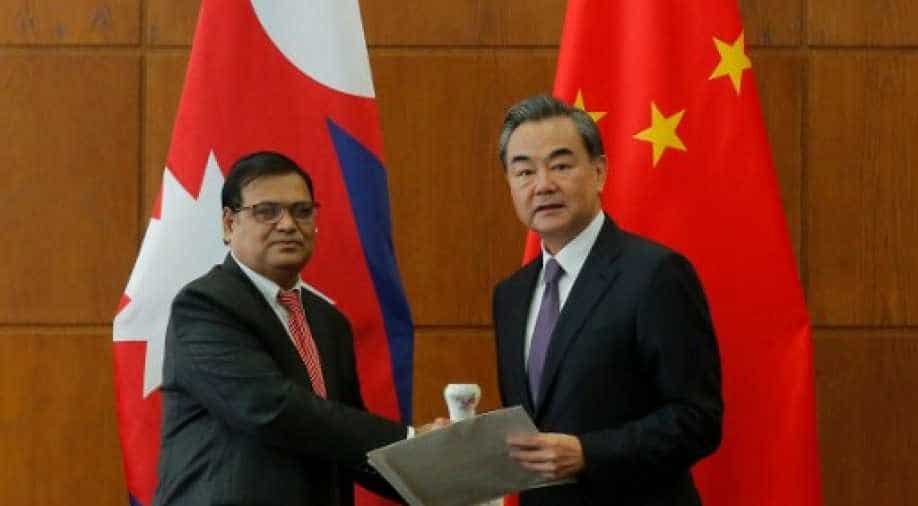 China and Nepal have agreed to conduct a military drill for the first time, an announcement that is likely to form worry lines in the Indian establishment.

The military exercise will be conducted next year, a move that will calcify a growing relationship between Nepal and China.

Chinese Defence Ministry spokesman Yang Yujun said China and Nepal had been in "initial communication" about joint army exercises, and details would be announced in due time.

The ministry said on its website this would be the first joint military exercises between the two countries.

The past two Nepal administrations have been trying to lessen its heavy dependence on India by forging deals with Beijing.

There has been a growing murmur in powers of corridor about the need to renegotiate its India policy.

Currently, most of Nepal's deals with third countries is heavily reliant on New Delhi's largesse as its trade routes open into India.

But recent turbulence in India-Nepal relations have meant that New Delhi's once vice-like grip has relaxed as recent governments have looked towards China for more support.

However, the Prachanda administration has been careful to keep both India and China on-side. At the start of his reign, Prachanda dispatched envoys to both the countries -- in China to deepen economic ties and in India to assuage all concerns that had cropped under Oli's rule.

On December 27, Nepal's ambassador to India Deep Upadhyay said the joint military drill should not discomfit New Delhi as the engagement is on a "small scale", Indian newspaper The Times of India reported.

"Whichever way you look at it, Nepal has a special relationship with India and that's not going to change because of any such exercise," the ambassador further said.