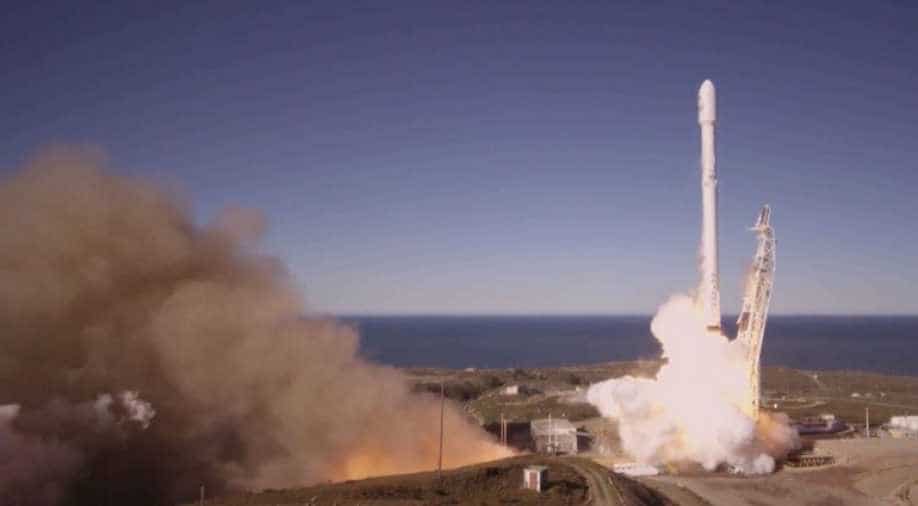 The $3 billion project aims to send 81 satellites to low-Earth orbit in coming months. In photo: A Falcon 9 rocket lifting off from Vandenberg Air Force Base on January 14, 2017. Photograph:( AFP )

SpaceX blasted off its Falcon 9 rocket on Saturday, marking its first return to flight since a costly and complicated launchpad explosion in September.

"Liftoff of the Falcon 9," a SpaceX commentator said as the tall white rocket launched from Vandenberg Air Force Base in California at 9:54 am (1754 GMT), carrying a payload of 10 satellites for Iridium, a mobile and data communications company.

The satellites are the first in a series of launches planned to upgrade Iridium's global communications network.

The $3 billion project aims to send 81 satellites to low-Earth orbit in coming months.

Following launch, SpaceX landed the tall portion of the rocket, known as the first stage, on a platform in the Pacific Ocean.

The platform, or droneship, was labeled "Just Read the Instructions."

Cheers erupted at SpaceX mission control in Hawthorne, California, as a live video showed the rocket touch down successfully, and remain upright.

"This is fantastic," a SpaceX spokeswoman said.