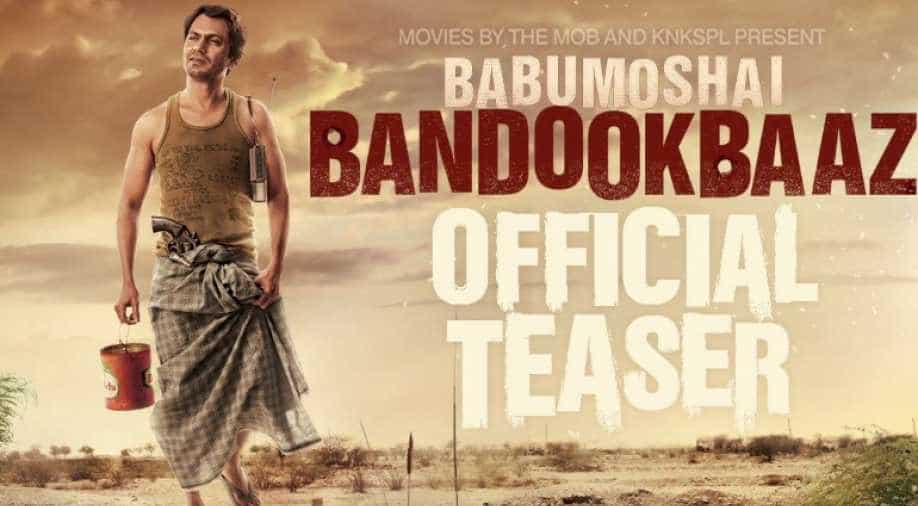 The CBFC has ordered 48 cuts in Babumoshai Bandookbaaz. Photograph:(Twitter)
Follow Us

The Central Board of Film Certification, India's film certification body, has ordered 48 cuts in Nawazuddin Siddiqui starrer “Babumoshai Bandookbaaz” for it to be eligible for an adult certification.

On Tuesday, director Kushan Nandy alleged that CBFC handed him a list, which includes cuss words, kissing and intimate scenes and dialogues that it wants removed from his film, according to the Hindustan Times.

When asked about the number of cuts by India Today, CBFC chief Pahlaj Nihalani said, “We are just doing our job."

The film’s team on Wednesday held a press conference in Mumbai.

At the conference, Kushan Nandy said a CBFC board member asked the film's producer, Kiran Shroff, “Why as a woman have you made this film?”

Nandy added that another CBFC board member said,” She (Shroff) is wearing a pant and shirt, she’s not a woman”.

He alleged that Nihalani told him that he was lucky his film wasn’t banned by the board.

Babumoshai Bandookbaaz is slated for a release on August 25 this year.