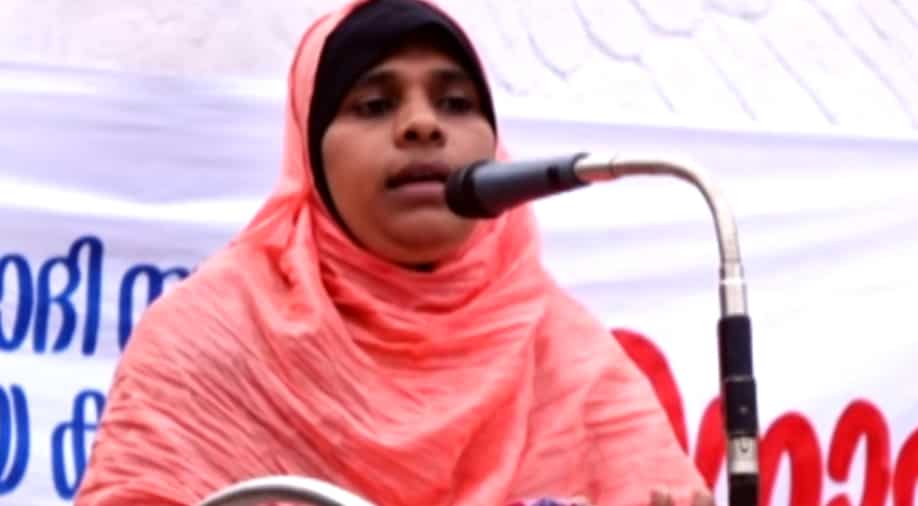 Jamida Teacher, the state general secretary of Quran and Sunnat society Photograph:( Others )

For the first time in the history of India, a Muslim woman led the Jumu’ah prayer in Kerala's Malappuram on January 26.

Usually, it is always the men who lead Friday prayers everywhere in India.

The move, though applauded by many, has also sparked a backlash from conservative sections of the community who alleged a conspiracy by "anti-Islamic forces".

Fundamentalists have been targeting Jamidha, harassing and threatening her over the phone as well as on social media for “going against Islam”. However, Jamida is fearless.

34-year-old Jamida Teacher, the state general secretary of Quran and Sunnat society, was the imam for Juma prayers held at the mosque of Quran Sunnat Society in Malappuram district. She also led the Khutba, the speech during Juma prayers.

Through this decision patriarchy is being questioned, says Jamida.

There is no discrimination between men and women in any of these religious acts. Discrimination was introduced by male Muslim scholars, says Jamida.

For Jamida, the US-based scholar Amina Wadud, who is the first Muslim woman in the world to have led the Juma'ah prayers, is a source of inspiration.