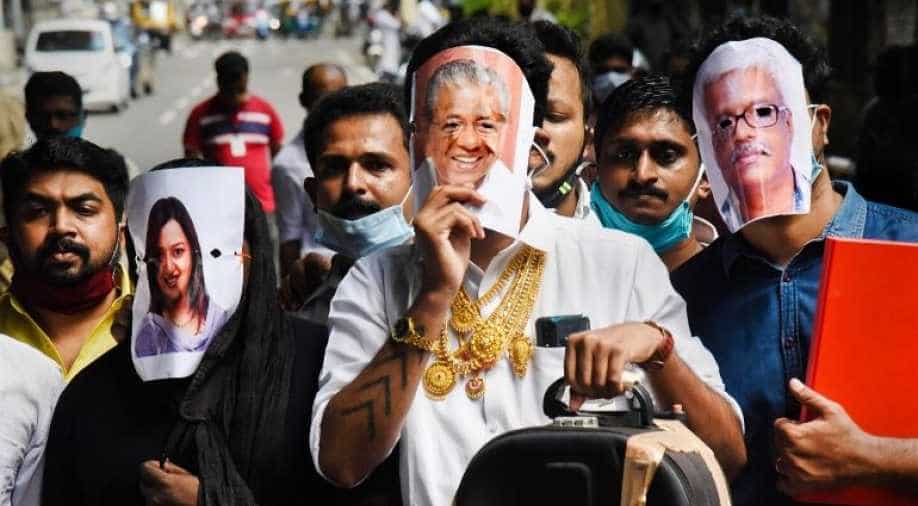 The NIA said that two accused -- Jalal AM and Said Alavi E -- were arrested on July 30 for conspiring with the already arrested accused Ramees KT and for smuggling gold through diplomatic baggage addressed to the UAE Consulate at Thiruvananthapuram.

The National Investigation Agency (NIA) conducted searches at six locations in Kerala in connection with the gold smuggling case.

The agency also made six fresh arrests in the matter in the past three days.

According to the NIA, it conducted searches at six places including the residences of accused Jalal AM and Rabins Hameed in the Ernakulam district, and the residences of Ramees KT, Mohammed Shafi, Said Alavi and Abdu PT in the Malappuram district."During searches, two hard disks, one tablet PC, eight mobile phones, six SIM cards, one digital video recorder and five DVDs were seized besides various documents including bank passbooks, credit/ debit cards, travel documents and identity documents of the accused," the NIA said.

The NIA said that two accused -- Jalal AM and Said Alavi E -- were arrested on July 30 for conspiring with the already arrested accused Ramees KT and for smuggling gold through diplomatic baggage addressed to the UAE Consulate at Thiruvananthapuram.

"On July 31, 2020, two more accused Mohammed Shafi P, and Abdu PT were arrested for playing similar roles in the crime. On August 1, 2020, NIA arrested another two accused persons identified as Muhammad Ali Ebrahim and Muhammad Ali, after investigation revealed that they were also a part of the conspiracy," the NIA said.

It further said that Muhammad Ali is a member of the Popular Front of India and was earlier chargesheeted by the Kerala Police in a case related to chopping off the palm of a professor, but was acquitted after a trial in 2015.NIA, which is probing the high-profile case related to smuggling of gold in the state through diplomatic channels, said that so far it has arrested 10 accused persons.The matter had come to light after 30-kg gold worth Rs 14.82 crores, smuggled in a consignment camouflaged as diplomatic baggage, was busted by the Customs in Thiruvananthapuram. The case is being probed by the NIA.