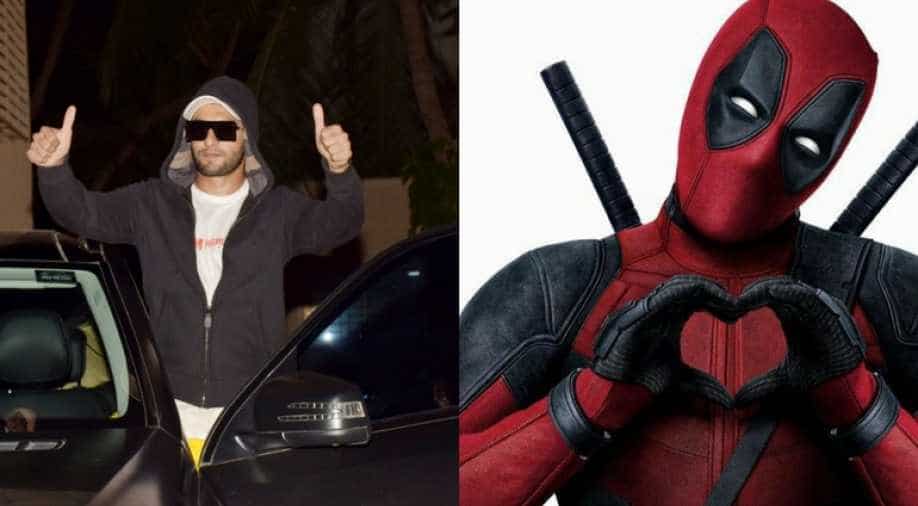 Ranveer Singh will lend his voice to Deadpool in the Hindi dubbed version of the film. Photograph:( WION Web Team )

The maverick superhero deserves an unique voice. Bollywood actor Ranveer Singh has lent his voice to Ryan Reynold`s Deadpool in the Hindi version of the much anticipated Deadpool 2.

The film tells the story of an adult superhero with a twisted sense of humour. Based on Marvel Comics` most unconventional anti-hero, "Deadpool" is the original story of a former Special Forces operative who turns into a mercenary. "Deadpool 2", brought to India by Fox Star India, will open on May 18.

According to a press statement, the studio wanted a star who would resonate with Deadpool`s personality and Ranveer`s wit and edgy personality was a perfect match.

"Like Deadpool, Ranveer is known for his smart, witty with irreverent humour. He`s a hugely daring and powerhouse actor and we absolutely relished having him on board for our biggest superhero film," said Vijay Singh, CEO Fox Star Studios.

The Hindi Trailer, released on Monday, is also A-rated as the studio wanted to stick to the tone of the English film which has Reynold mouthing cuss-words.