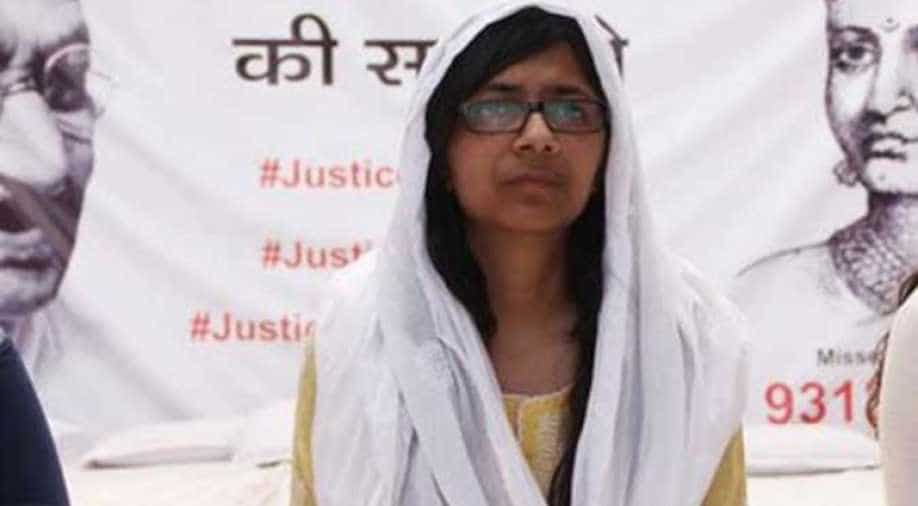 Delhi Commission for Women Chairperson Swati Maliwal will end her nine-day&nbsphunger strike on Sunday at around 2 pm.

The DCW chairperson was on indefinite hunger strike demanding death for rapists of minors.

Maliwal said that though she was ending her fast, she would still continue with her struggle.

The DCW chairperson was on an indefinite strike to press the Union government for an ordinance to ensure stringent punishment for rape convicts of minors.

She began her fast on April 13 following the massive protest that engulfed the country after the rape and murder of eight-year-old in Kathua, Jammu and Kashmir.

The Union Cabinet on Saturday approved an ordinance to allow courts to award death penalty to those convicted of raping children up to 12 years of age.

The move comes against the backdrop of the alleged rape and murder of girls in Jammu and Kashmir's Kathua and Gujarat's Surat district recently.

Delhi Commission for Women Chairperson Swati Maliwal announces she would break her indefinite hunger strike tomorrow after Union Cabinet approved Ordinance for punishment for perpetrators of rape cases especially those against girls below 12 years & 16 years of age, today. pic.twitter.com/cvDtLR5QQi