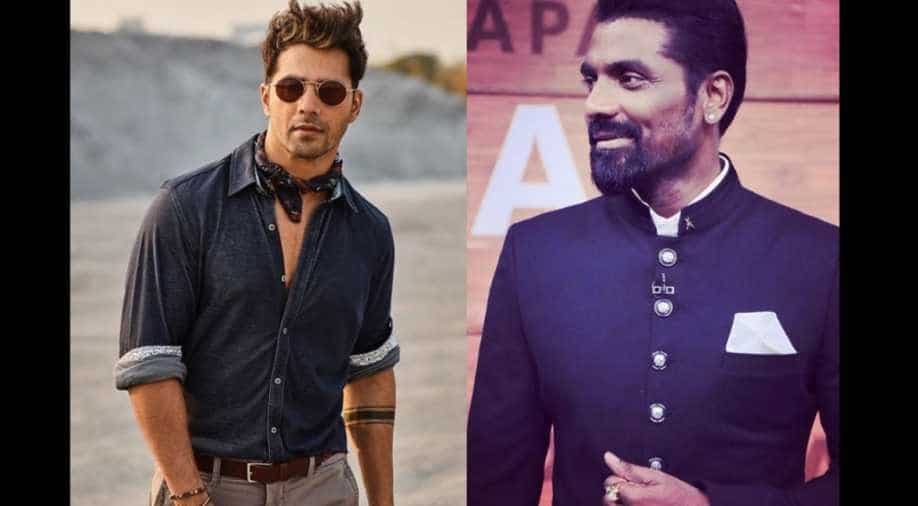 Varun Dhawan will be next seen in the remake of 'Coolie No 1'.

Fitness freak Varun Dhawan leaves no stone unturned to maintain his body and his recent Instagram post is proof of that.

The 'Judwaa 2' actor also has a perfect gym partner, and it is none other than his upcoming film 'Street Dancer's' director Remo D'Souza.

In the photo posted by the 32-year-old director-actor duo can be seen flaunting their muscles.

"When your director is so fit you gotta work out. Remo D'Souza pushing us all to be the hardest workers," he captioned the picture.

The duo is seen showing off their washboard abs at the gym. The shirtless men are surely proving to be an eye-candy for all the fans out there.

Impressed with their exercise regime, Jacqueline Fernandez was the first one to comment. "Damnnnnnn," she wrote in awe.

The second comment comes directly from the leading lady of 'Street Dancer', Shraddha Kapoor, who wrote, "Too much fitness in 1 picture! Love it. See you all sooooon.''

Making a hilarious remark, Jackky Bhagnani wrote, "You guys look like you both are living in the gym."

The duo who had teamed up for 'ABCD 2' have once again united for another film on dance.

The film also re-unites Shraddha and Varun who were also the part of 'ABCD 2'.

Earlier on Saturday, the 'Main Tera Hero' actor announced the shooting of the second schedule of the film.

The makers of the film kick-started promotions by using #3 and eventually revealed the title of the upcoming film.

Many thought the film would be titled 'ABCD 3' as it`s the third installment in the 'ABCD' series.

However, with the title, it's now clear that this one will be a 3D film.

Apart from the lead pair of Varun and Shraddha, the film features Nora Fatehi, Aparshakti Khurana and Shakti Mohan in pivotal roles.

Produced by Bhushan Kumar, Lizelle D'Souza and Krishan Kumar, the film is all set to hit theatres on November 8.

Varun will be next seen in the remake of 'Coolie No 1'.