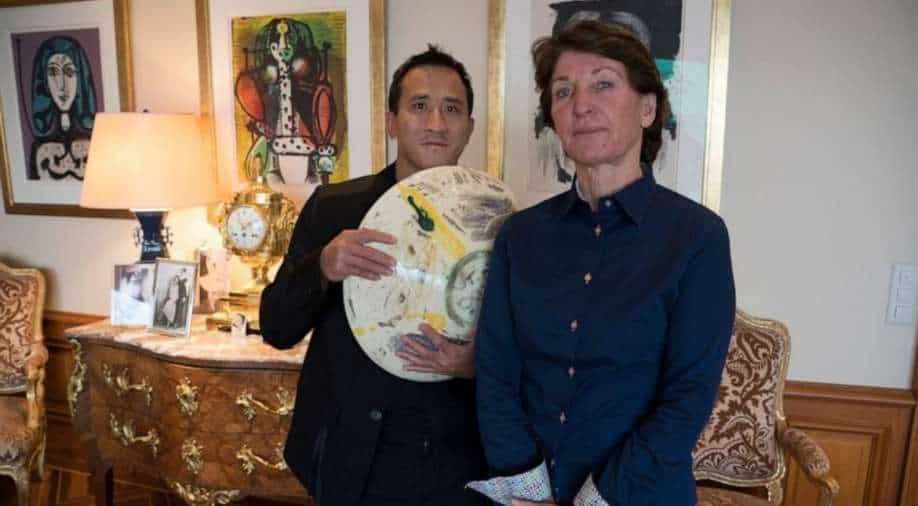 Barely known a year ago, NFTs (non-fungible tokens) have suddenly come to dominate the art space. They are linked to blockchain technology that provides proof of "ownership" of a digital item.

The family of Pablo Picasso have denied widespread media reports that they plan to sell digital versions, or "NFTs", of his artwork, their lawyer told AFP on Thursday.

"The information given in the media that the inheritors plan to launch 'Pablo Picasso' NFTs into the market is entirely false," said lawyer Richard Malka in a statement.

It followed an interview, widely distributed in the US media and beyond, with Marina Picasso, granddaughter of the Spanish artist who lived from 1881 to 1973, and her son Florian.

The report said they planned to auction 1,000 digital copies of a ceramic bowl painted by the artist in the 1950s.

But the family denied the report, saying the only work being auctioned was by Florian Picasso and his collaborators "independent of all claims vis-a-vis Pablo Picasso and his works", according to the lawyer's statement.

It is not clear how the confusion came about, but the family insisted through their lawyer that "at this time, no 'Picasso' NFT has been authorised by the Picasso Succession".

Barely known a year ago, NFTs (non-fungible tokens) have suddenly come to dominate the art space.

They are linked to blockchain technology that provides proof of "ownership" of a digital item.

Everything from digital pictures to virtual trading cards to individual tweets have been turned into NFTs and sold, sometimes for vast sums.

The first digital artwork to be sold by a major auction house, by artist Beeple, fetched $69.3 million at Christie's last March.