In pics: George Clooney and wife Amal vacation with the Obamas in Italy 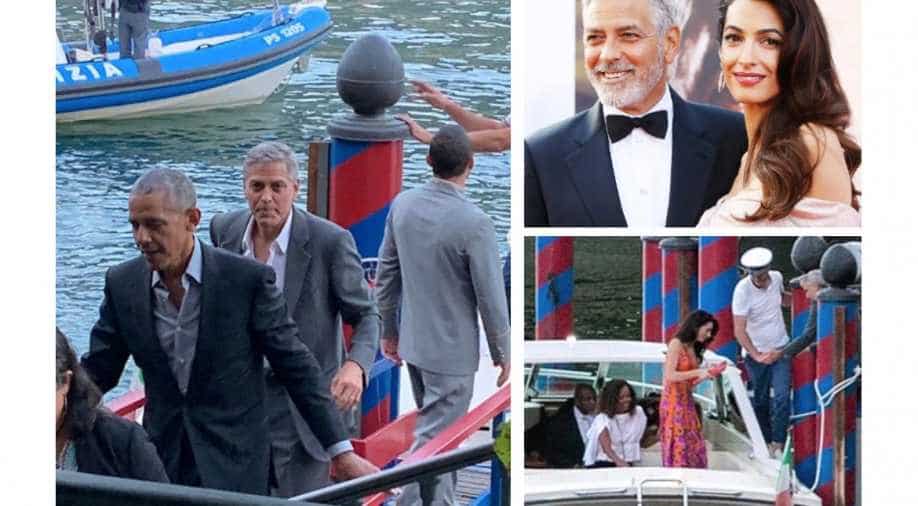 According to People, soon after Sasha Obama's high school graduation, the family went out for a trip which started in the South of France.

It’s vacation time everywhere as stars from both Bollywood and Hollywood continue to post photos from exotic locations.

Most recent of the lot are George Clooney and wife Amal as they vacation with Barack and Michelle Obama in Italy. The couples apparently left for a trip soon after Sasha Obama’s high school graduation got over. They started with South of France according to a report published in People.

The local media and paparazzi also saw the family visiting another close friend, Irish singer-songwriter, Bono in his estate in Eze.

See pictures of the celebs:

Barack Obama and George Clooney look dressed for business as they sail on a boat toward a charity dinner near ER actor's lakeside mansion in Italy. The foundation, founded by the Clooneys, is devoted to marginalized communities who have fallen victim to human rights abuses. George Clooney was a gracious host, helping his wife, Amal; the former first lady, Michelle; and the Obamas' daughter, Malia, off the boat. Credit: Vantagenews.com

The Obamas have been busy with their deal with Netflix as they announced a few films with the streaming platform. Obama’s Higher Ground Productions have close to seven Netflix projects slated for release, including an adaptation of David W. Blight's 2018 Pulitzer Prize-winning book, ‘Frederick Douglass: Prophet of Freedom’, along with a series called ‘Bloom’.