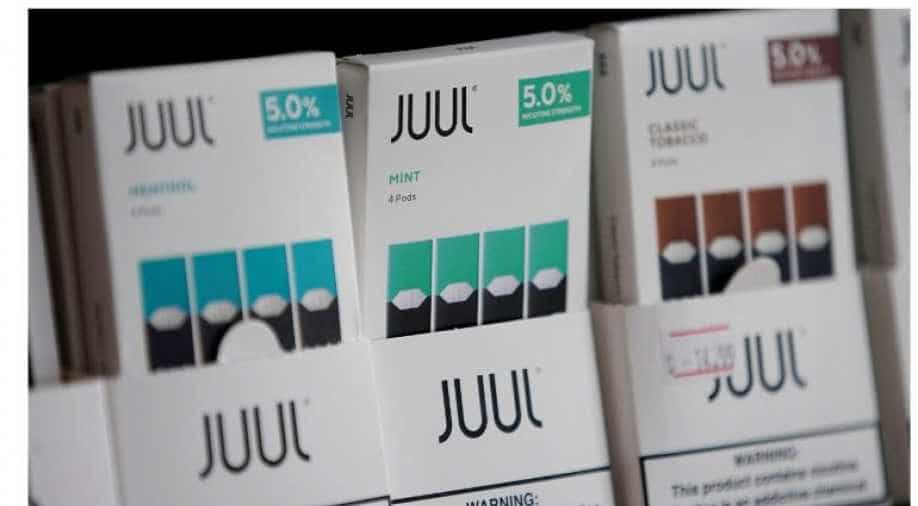 The lawsuit seeks monetary damages based on violations of state laws governing false advertising and unfair competition, among others

The state of California on Monday sued e-cigarette maker Juul Labs Inc, alleging the San Francisco company engaged in a "systematic" and "wildly successful" campaign to attract teenagers to its nicotine devices.

The lawsuit draws on internal correspondence and other evidence, asserting the company did little to prevent sales to underage customers. It also claims that Juul used a "flawed" age-verification process for online sales.

Filed in California state court in Alameda County, the lawsuit also cites passages from a recent Reuters investigation that documented how Juul disregarded evidence soon after its launch in 2015 that teenagers were attracted to the product.

Juul spokesman Austin Finan said the company had not yet reviewed the complaint. "We remain focused on resetting the vapour category in the US and earning the trust of society by working cooperatively with attorneys general, regulators, public health officials, and other stakeholders to combat underage use and convert adult smokers from combustible cigarettes," he said in a statement.

The lawsuit seeks monetary damages based on violations of state laws governing false advertising and unfair competition, among others.

Other lawsuits brought so far on behalf of teenage Juul users and other plaintiffs focus on the company's early youth-oriented advertising and social media campaigns. The state of North Carolina filed a lawsuit against Juul earlier this year.

Juul, the US  market leader in e-cigarettes, has come under intense scrutiny from regulators, lawmakers and attorneys general over the surging popularity of its products among teenagers in recent years. More than 27 per cent of US high schoolers used an e-cigarette in the previous month, according to a federal youth tobacco survey released in September, up from 11.7 per cent two years ago.

A recent study found that nearly 60 per cent of high schoolers and 54 per cent of middle schoolers who use nicotine vaping products said Juul was their usual brand.

The company stopped selling many of its most popular flavours in the United States in recent months, including mint and mango, as research showed those flavours were highly popular among teenagers.

The lawsuit brought by California alleges that customers who failed Juul's online age verification process could create multiple accounts to circumvent the system or ask Juul customer service employees to adjust the address or name to try again.

Sales records in California, according to the suit, show the company sent thousands of Juul devices and pods to fictitious names including "Beer Can" and "Patricia Juul," and to addresses such as "no signature needed, Palo Alto."

The lawsuit quotes correspondence earlier this year from a Juul senior developer, Frederic Boivin, agreeing with another employee that the company shouldn't be allowed to edit customer information because it risked "huge compliance violations."

Referring to a specific case, he added: "For all, we know this is an underage person," according to the suit.

Boivin and Jacobs did not respond to requests for comment.

California Attorney General Xavier Becerra said on Monday that Juul "targeted underage Californians with its marketing and sales practices," and is engaging in business practices that are "endangering lives, especially of our children."