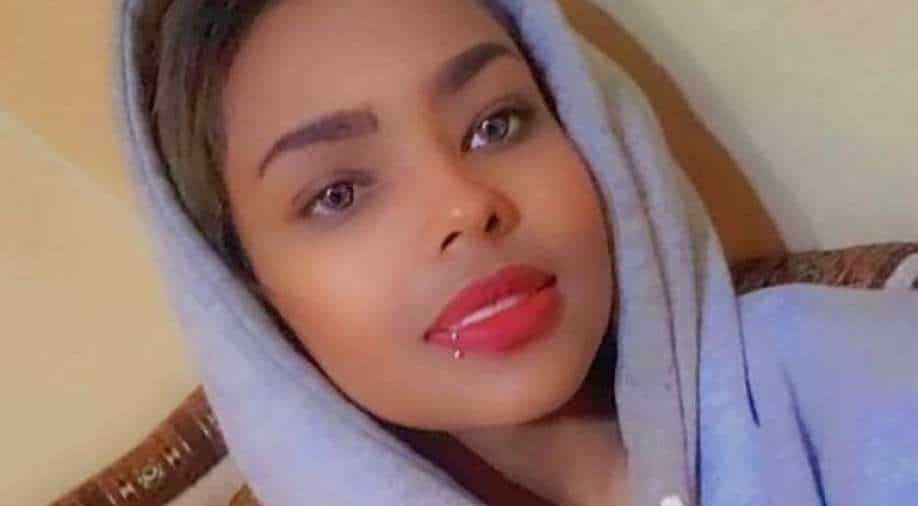 This undated handout picture obtained on April 21, 2021 from the Facebook page of Entisar al-Hammadi shows her posing for a 'selfie' at an unknown location. Photograph:( AFP )

A young Yemeni model has attempted suicide in a Sanaa jail run by Huthi rebels enforcing a strict moral code, rights groups and her lawyer said.

Entisar al-Hammadi, 19, was arrested on February 20 at a Sanaa checkpoint while on her way to a photo shoot.

Huthi rebel forces who control the capital and much of northern Yemen have released no information on her case.

Hammadi, who is also an actress, was on Monday "transferred to a hospital inside the central prison in Sanaa where she is being held after attempting suicide", the Gulf Centre for Human Rights (GCHR) said in a statement.

Quoting press reports, the Lebanon-based group said Thursday: "A child accompanying his imprisoned mother caught a glimpse of her face turning blue after she tried to hang herself.

"He hurriedly told everyone, and she was rescued at the last moment but was in critical condition."

GCHR said "reliable sources" confirmed that she had tried to commit suicide "due to the decision of the central prison administration to transfer her to the prison’s prostitution section".

"This led to a severe deterioration in her psychological state."

Her lawyer, Khaled al-Kamal, confirmed the details to AFP, saying she was being targeted because of her profession as a model in an ultra-conservative society.

According to Amnesty International, the model's trial which opened on June 6 had been tainted by "irregularities and abuse".

Born to an Ethiopian mother and Yemeni father, Hammadi has posted dozens of pictures online in traditional costume, jeans or leather jacket, some with and some without an Islamic headscarf.

On her arrest, Hammadi was "interrogated while blindfolded, physically and verbally abused, subjected to racist insults and forced to 'confess' to several offences - including drug possession and prostitution", Amnesty said in May.

Violence against women, especially in Huthi-controlled areas, has been on the increase since Yemen plunged into a civil war in 2014 that the United Nations says has created the world's worst humanitarian crisis.