After US job cuts, Trump threatens to stop all GM subsidies 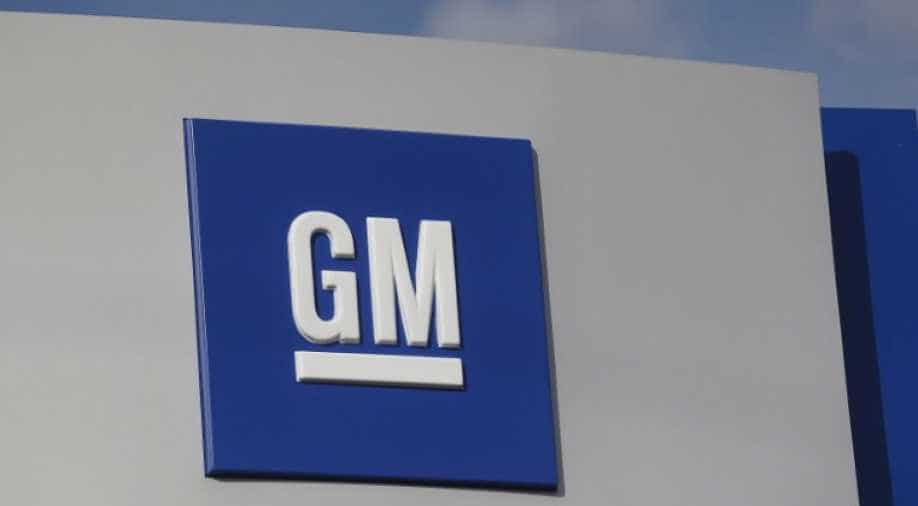 'The US saved General Motors, and this is the THANKS we get! We are now looking at cutting all @GM subsidies, including ... for electric cars,' Trump said on Twitter.

US President Donald Trump threatened on Tuesday to eliminate subsidies for General Motors Co in retaliation for the automaker cutting US jobs and plants, and the automaker also took fire from Canadian political and labour leaders for cutbacks there.

"The US saved General Motors, and this is the THANKS we get! We are now looking at cutting all @GM subsidies, including ... for electric cars," Trump said on Twitter.

Very disappointed with General Motors and their CEO, Mary Barra, for closing plants in Ohio, Michigan and Maryland. Nothing being closed in Mexico & China. The U.S. saved General Motors, and this is the THANKS we get! We are now looking at cutting all @GM subsidies, including....

....for electric cars. General Motors made a big China bet years ago when they built plants there (and in Mexico) - don’t think that bet is going to pay off. I am here to protect America’s Workers!

Trump`s harsh words rattled investors, who bid down GM shares by 2.6 per cent on Tuesday after sending them up on Monday in response to the automaker`s cost-cutting. Separately, Canadian Prime Minister Justin Trudeau called Trump to discuss GM`s actions, according to union leaders.

The wrath of the leaders of the United States and Canada dramatized the challenges GM and its Detroit rivals will face as they restructure to cope with the most dramatic technology and market shifts in decades.

Trump has made boosting auto jobs a key priority during his almost two years in office and has often attacked automakers on Twitter for not doing enough to boost US employment. The president on Tuesday escalated his attacks on GM`s plan to cut 15,000 jobs and mothball five North American factories, including four in the United States. Among the four US factories on the block is a car factory in northeast Ohio, a state critical to victory in the 2020 presidential campaign.

GM electric vehicles are eligible for a $7,500 tax credit under federal law, but it is not clear how the administration could restrict those credits or if Trump had other subsidies in mind.

GM said in a statement following Trump`s comments that it was "committed to maintaining a strong manufacturing presence" in the United States after investing $22 billion in operations here since 2009 and will add new jobs in electrification and autonomous vehicles.

The cuts will "position the company for long-term success and maintain and grow American jobs," GM said, adding that many workers at impacted plants will be able to move to other GM factories.

GM Chief Executive Mary Barra spoke to Trump over the weekend to discuss the cuts and was at the White House on Monday to meet with economic adviser Larry Kudlow.

Kudlow told reporters Tuesday that the administration had helped GM with fuel efficiency standards and other regulations.

"We’ve done this to help you and I think his disappointment is, it seems like that they kind of turned his back on him," Kudlow said.

Trump also criticized GM for not closing facilities in Mexico or China.

"General Motors made a big China bet years ago when they built plants there (and in Mexico) - don’t think that bet is going to pay off. I am here to protect America’s Workers!" Trump wrote on Twitter.

GM currently builds just one vehicle in China that it exports to the United States - the Buick Envision and has sold about 22,000 through September. GM sold nearly 2.7 million vehicles in China through September, nearly all of them built in China for the market.

White House spokesman Sarah Sanders told reporters on Tuesday that the president is looking at options.

"The president wants to see American companies build cars here in America not build them overseas and he is hopeful that GM will continue to do that here," she said.

GM has been lobbying Congress, along with Tesla Inc, to lift the current cap on electric vehicles eligible for tax credits, but any action by Congress before 2019 is a long-shot, congressional aides said.

Under current law, once a manufacturer sells 200,000 electric vehicles, the tax credit phases out starting in the following quarter. GM has said it expects to hit the 200,000-vehicle threshold by the end of the year and Tesla hit the cap in July.

In Canada, workers returned to the assembly line at General Motors` Oshawa, Ontario, plant on Tuesday, as their union president met with Prime Minister Trudeau and said he was ready for "mass actions" at GM facilities.

GM said on Monday that the Oshawa plant would close in December 2019.

"We`re dealing with a corporation that doesn`t have any respect for Canadian and American workers, and I think we should treat them in the same vein," said Jerry Dias, national president of Unifor, which represents GM workers in Canada.

Dias said he would meet with the United Auto Workers on Wednesday and discuss the possibility of "mass actions" in GM plants across the two countries.

Dias floated the idea of a tariff on GM vehicles built in Mexico, saying a 40 per cent tariff would get the company`s attention.