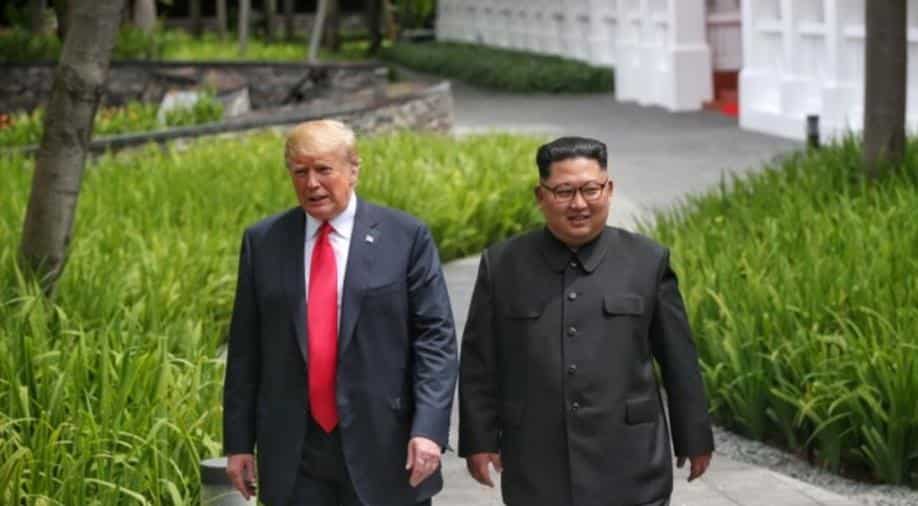 Trump said three sites are under consideration for their second meeting. He added that at some point he will invite Kim to the United States.

US President Donald Trump said on Saturday he is likely to meet North Korean leader Kim Jong Un in January or February and that three sites for their second meeting are under consideration.

"We`re getting along very well. We have a good relationship," Trump told reporters aboard Air Force One on his return from a G20 summit in Argentina.

Trump added that at some point he will invite Kim to the United States.

The two sides have been engaged in talks on the leaders` second meeting after the first, unprecedented, one in Singapore in June, Reuters reported in October, citing a senior official.

The White House said in a statement on Saturday after Trump`s meeting with Chinese President Xi Jinping that they and Kim will strive "to see a nuclear free Korean Peninsula."

The statement said Xi and Trump "agreed that great progress has been made with respect to North Korea."

Pence told NBC News last month the United States would not require Pyongyang to provide a complete list of nuclear weapons and locations before the second summit, but that the meeting must produce a concrete plan.

"I think it will be absolutely imperative in this next summit that we come away with a plan for identifying all of the weapons in question, identifying all the development sites, allowing for inspections of the sites and the plan for dismantling nuclear weapons," Pence said.

Pence said last month it was essential that international sanctions pressure be maintained on North Korea until its complete denuclearization was achieved.

North Korea had been angered by Washington`s refusal to ease sanctions and has warned it could resume development of its nuclear program if the United States did not drop its campaign.

A U.S. think tank said last month it had identified at least 13 of an estimated 20 active, undeclared missile bases inside North Korea, underscoring the challenge for American negotiators hoping to persuade Kim to give up his weapons programs.

North Korea had entered into agreements with regional powers in 1994 and in 2005 to dismantle its nuclear program in return for economic benefits and diplomatic rewards, but those deals broke down after Pyongyang clandestinely continued to pursue building weapons of mass destruction.

'Reconsider vaccinating children, donate to Covax,' says WHO chief as he warns against 'deadliest year'