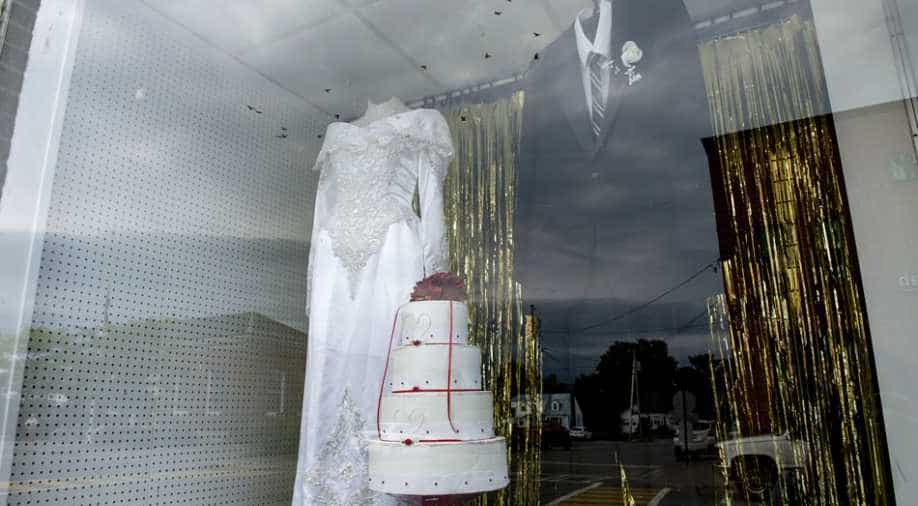 The nuptials in early August were attended by 65 people, breaking the official limit of 50 allowed at a gathering.

A wedding in rural Maine became a coronavirus "superspreader" event that left seven people dead and 177 infected, renewing fear of the disease in the northeastern US state that had hoped the worst of the pandemic was behind it.

The nuptials in early August were attended by 65 people, breaking the official limit of 50 allowed at a gathering.

A ceremony at a church was followed by a reception at the Big Moose Inn -- both venues near the picturesque town of Millinocket, whose population numbers just 4,000.

Ten days later, two dozen people associated with the wedding had tested positive for Covid-19 and the Centers for Disease Control and Prevention (CDC) in Maine opened an investigation.

The center's local director Nirav Shah on Thursday gave the latest toll for the event, adding that none of the seven people who died had actually attended the wedding.

Contact-tracers linked the wedding to several virus hotspots across the state -- including more than 80 cases in a prison 230 miles (370 kilometers) away, where one of the guards had attended the ceremony.

Another 10 probable cases were found in a Baptist church in the same area, while 39 infections -- and six of the deaths -- were at a nursing home 100 miles from Millinocket.

For the community and wider region, which had relaxed social-distancing rules introduced earlier in the crisis, the news was a brutal wake-up call.

"When we heard of the outbreak... everyone really hunkered down," said Cody McEwen, head of the town council.

"As soon as the outbreak happened, we completely closed the town again."

Some of the residents were clearly angry at the event's organizers -- starting with the tavern, whose license was temporarily suspended.

"I don't think they should have had the wedding. I think it should have been limited like they were supposed to," said Nina Obrikis, a member of the Baptist church where the ceremony was held.

"We can't go nowhere or do nothing," she said.

Maine Governor Janet Mills on Thursday issued a warning to the 1.3 million residents of the state.

Such flare-ups "threaten to undo the gains we have made at the drop of a hat," she said.

Since the start of the pandemic earlier this year, similar superspreader events have been reported around the world.

The first in the United States were a biotech conference in Boston in February attended by around 175 people, and a funeral in Georgia where more than 100 people caught the virus.

In recent weeks, such clusters of infections have been seen on university campuses, forcing students to be sent home.

The university of Oneonta, in northern New York state, had more than 670 Covid cases confirmed in one month.