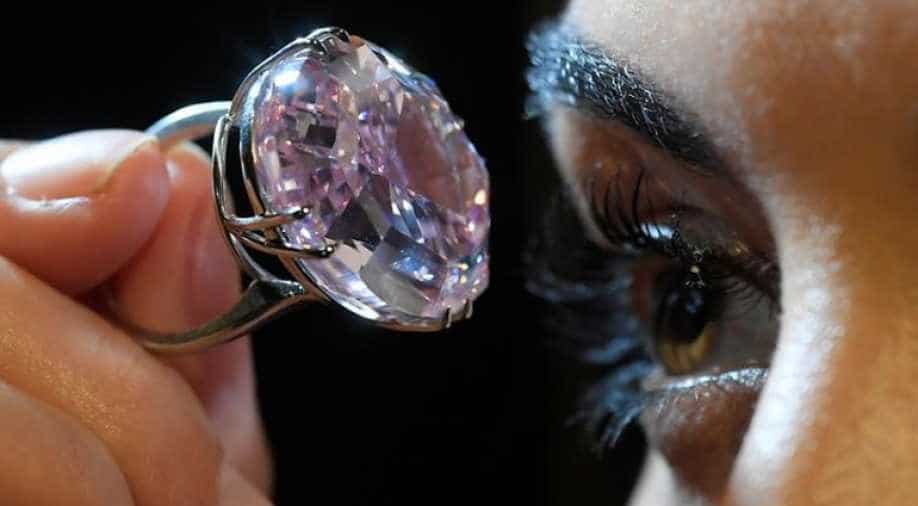 A pink diamond broke the world record for a gemstone sold at auction, after it fetched $71.2 million in Hong Kong on Tuesday.

The 59.60-carat "Pink Star" is the largest in its class ever graded by the Gemological Institute of America (GIA).

Sotheby's auction house said it was "proud" of the sale.

Sotheby's had said earlier that the mixed-cut diamond was initially mined by De Beers in 1999 in Botswana as a 132.5 carat rough diamond before being cut and polished.

Its refined form is now set to be the most valuable polished diamond ever offered at auction. In November 2013, a Geneva auction of the stone fetched a world record $83 million but the buyer, New York-based diamond cutter Isaac Wolf, could not pay up and defaulted.

"The Pink Star", the largest Internally Flawless Fancy Vivid Pink diamond ever graded by the Geological Institute of America (Reuters)