Opinion: Is poetry the new weapon of Islamist extremists? 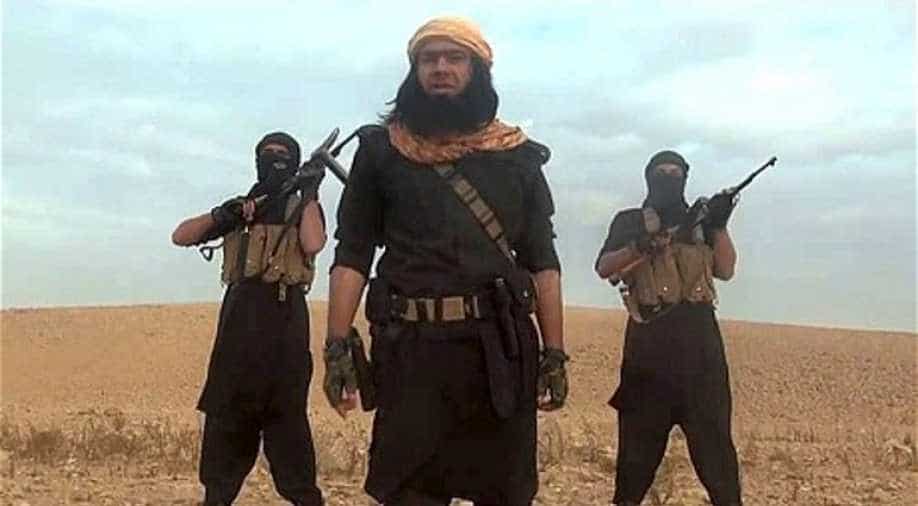 The Kerala police had in November suspected that about 100 Keralites have joined the Islamic State. Photograph:( Others )

Militant Islamist groups have a number of strategies for recruiting vulnerable young men to their cause. They produce videos, tap into social media and write fiery pamphlets with overblown rhetoric.

But they’re also increasingly turning to poetry: with its rich vocabulary, the Arabic language lends itself easily to rhyme and rhythm, which can have a mesmerizing effect.

Poetry is also deeply ingrained in pre-Islamic and Islamic Arab culture, and it’s this literary tradition that contemporary militants hope to mine as they attempt to lure new members into their ranks.

The tone and tenor of militant poetry mirrors verses from the period known as the Jahiliyya, in Arabic, which refers to the era before the rise of Islam in the seventh century.

Pre-Islamic tribes often had their own special poet – a sha‘ir, in Arabic – who was believed to be endowed with magical verbal powers, and whose poetic virtuosity could be used to defend tribal honor. Their poems sought to vilify the enemy, while praising and lifting the spirits of their own tribes. Often, these pagan Arab poets and poetesses would recite warmongering verses before crowds to rouse the passions of their own warriors.

Despite the Islamic terminology contemporary composers carefully deploy, today’s militant poetry often draws upon the same pre-Islamic vocabulary and themes, which included the glorification of violence to defend tribal or masculine honor.

Here are some fire-breathing verses penned by a poet connected with al-Qaeda who goes by the name of al-Shaykh al-Jaburi:

Compare al-Jaburi’s verses to those of Shanfara, a pre-Islamic poet from the sixth century. Shanfara lived on the margins of society; he similarly exalted violence as a way of life, while boasting about his ability to impart fear:

O how many a night of ill luck when the hunter burns his bow
For fuel, and his arrow wood,
Have I trodden through darkness and drizzle, on fire with hunger, Grinding inside, shivering, filled with dread
Then have I widowed women and orphaned children
Returning as I began, the night a blacker black

Both poems are imbued with grandiose expressions of brutal power and destruction. Ironically, because the Jahiliyya was a period characterized by ignorance of Islam and tribal blood feuds, militant Islamists today often invoke this era as the very opposite of the pristine Islamic values for which they supposedly stand.

Stinging satire – hija’ – directed against the enemy was another hallmark of pre-Islamic poetry, and poetic denigration of the opponent was meant to contribute to the demoralization of the enemy. Some pre-modern peoples in other parts of the world had such poet laureates. The Irish filid, for example, served a similar role for the Gaelic ruling elite and were feared particularly for their wounding satire.

The prophet Muhammad disapproved of the character defamation that the pre-Islamic poets indulged in, although he’s known to have allowed poetry that defended Islam against its critics.

The Qur'an also denounces tribal poets who used their linguistic talents for ignoble purposes. For this reason, satirical poetry was frowned upon and experienced a decline in popularity during the very early Islamic period.

But it began to make a gradual comeback during the Umayyad period (656–750 CE), when the worldly Umayyad rulers began celebrating some aspects of pre-Islamic Arab culture that were otherwise at odds with Islamic values. This included a revival of political, vitriolic poetry that delighted in lampooning one’s rival and openly proclaiming his faults. The famed Umayyad poets al-Farazdaq and Jarir traded poetic insults with considerable malevolent eloquence at the courts of the Umayyad rulers, even as the pious clucked their tongues in disapproval.

Despite the Islamicizing rhetoric of today’s militant versifiers, they also employ the satirical aspects of pre-Islamic poetry. The aforementioned al-Jaburi lampoons his perceived enemies, the Muslim majority:

It’s interesting that the Kharijites, a violence-prone, extremist minority in early Islamic history, were also fond of pillorying the majority of Muslims, whom they denounced as sinners for not joining their ranks.

If our 21st-century militants sound a lot like them, it’s because they’re very similar in this regard. Al-Qaeda members have been known to use Khariji poetry as part of their linguistic arsenal, while strenuously denying any genealogical connection between their ideology and that of the seventh-century Kharijites, who are regarded as a deviant, intolerant sect by the majority of Muslims.

The hypocrisy of militant poetry

Poetry – the lyrical, romantic kind, the type that extols the mystical life and that speaks to universal human concerns – remains very important within Arab-Islamic culture. Schoolchildren in Arab societies typically memorize extensive selections of the classics of pre-modern Arabic poetry. Recitation of the Qur'an is poetic in effect because of its rhyming prose.

Militants are therefore tapping into entrenched literary tastes among Arab populations and appropriating them for their own inglorious ends.

Like many of the pre-Islamic poets, they consider poetry a weapon, one used to actively promote their own ideological goals and simultaneously destroy their enemies. Contemporary extremist groups accuse mainstream Muslims of having lapsed into pre-Islamic paganism for not recognizing the “truth” of their bloody cause. At the same time, these groups cynically adopt and exploit certain practices that clearly hearken back to the pre-Islamic period.

Such irony would be amusing if it were not for the tragic consequences of such self-serving eclecticism. Asma Afsaruddin is Chair, Department of Near Eastern Languages and Cultures, Indiana University.