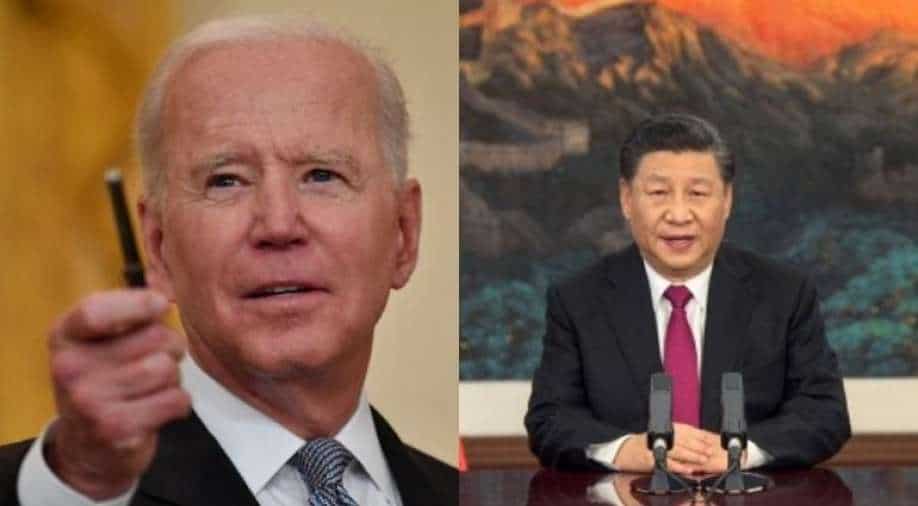 The move increased the Donald Trump era blacklist of 31 firms to 59 as US President Joe Biden blacklisted an additional 28 Chinese firms linked to Beijing's "military-industrial complex".

US President Joe Biden on Thursday expanded a blacklist of Chinese firms that are off-limits to American investors over their links to Beijing's "military-industrial complex," in a sign of Washington's continued pressure campaign against China.

Former US President Donald Trump had prohibited Americans from buying stakes in 31 Chinese companies that were deemed to be supplying or supporting China's military and security apparatus, and Biden's move expands the blacklist to 59.

The latest batch of sanctions target companies involved in Chinese surveillance technology used to "facilitate repression or serious human rights abuses," which "undermine the security or democratic values of the United States and our allies," according to a White House statement.

It was among a series of measures by the White House aimed at the Asian giant, which have left ties between the two countries severely strained.

Also Read | US to blacklist dozens of Chinese firms including SMIC, report says

Before the US order was released, Beijing repeated its outrage at the Trump-era blacklist Thursday and vowed to protect Chinese companies' rights, claiming the blacklist was "politically motivated" and "ignores the facts and actual situation" of the firms involved.

The ban "severely undermines normal market rules and order" and "damages... the interests of global investors, including US investors," foreign ministry spokesman Wang Wenbin said at a routine briefing.

Previously, the sanctions and choice of targets were tied to a congressionally mandated Defense Department report.

While the Biden administration has pledged to take a more diplomatic line with China following the upheaval of his predecessor, he has said he will keep to a strict line on several issues including defense and technology.

A tough line on China has rare cross-party support in Congress, with lawmakers determined to keep a lid on its growing global clout.

"The US government must continue to act boldly in blocking the Chinese Communist Party's economic predation against our industrial base," they said.