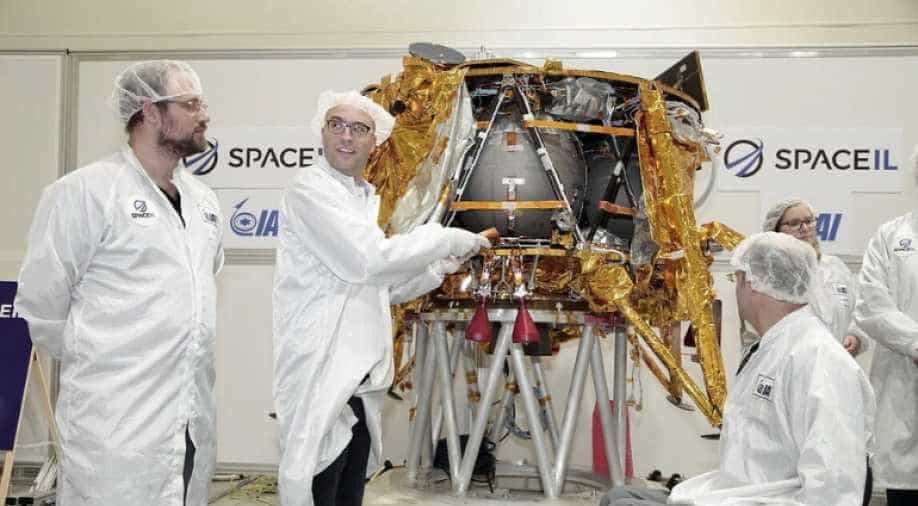 The spacecraft has been christened Beresheet. It will take two months to get to the moon. Photograph:( Agencia EFE )

The $100-million spacecraft, which will cover the longest route to the moon – spanning nearly 6.5 million kilometres – will launch February 22 from Florida's Cape Canaveral in the United States.

Israel was gearing up to launch a spacecraft to the moon that will be the first private initiative of its kind in the world, the non-profit organization responsible for the project announced on Monday.

The $100-million spacecraft, which will cover the longest route to the moon – spanning nearly 6.5 million kilometres – was set to be ready to launch on February 22 from Florida's Cape Canaveral in the United States, according to Morris Kahn, president of SpaceIL, the company in charge of the project.

"The upcoming launch in Cape Canaveral and the lunar landing about two months later will be the culmination of eight years of hard work and dedication," Kahn said.

"This mission is a source of inspiration for people around the world, and we are looking forward to making history and watching as the Israeli flag joins superpowers Russia, China and the United States on (the) moon," he added.

Next Friday, the Falcon 9 rocket is scheduled to be launched; it will carry the spacecraft that is set to separate from the booster 32 minutes after the launch.

Israeli Minister of Science and Technology Ofir Akunis has already headed to the United States to attend the launch process.

Should everything go according to schedule, the promoters of the project are expected to receive a signal from the spacecraft after the separation at the headquarters of Israel Aerospace Industries, located in the central Israeli city of Yehud, where the technology was manufactured.

After landing on the moon on April 11, the spacecraft, which has been christened with the name Beresheet, will start a series of tests to guarantee it is fully functioning.

Beresheet carries a digital time capsule, which includes thousands of documents about the history of humankind and of Israel. In addition, it contains photos of the manufacturers, as well as drawings, stories and music made by Israeli children who took part in the project.

During a press conference ahead of the launch, the project's promoters discussed the main challenges that the initiative – which has been made possible through private donations – was expected to face.

The main challenges included the launch itself, positioning the spacecraft, staying in contact with it at such a long distance, its ability to resist extreme conditions and landing successfully.