Indonesia pledges $40 billion to modernise Jakarta ahead of new capital 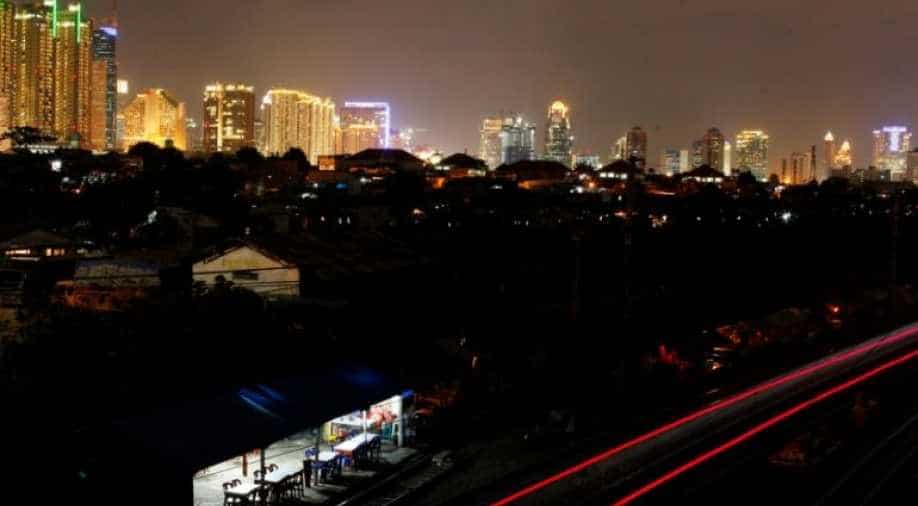 A view of the city skyline of Jakarta. Photograph:( Reuters )

The current Indonesian capital will undergo a $40.18 billion urban regeneration in the next 10 years, more than the $33 billion expected cost to build a new capital city on Borneo island.

The Indonesian government is not abandoning Jakarta after announcing plans to move the country's capital, its planning minister said, pledging to spend $40 billion to save the slowly sinking city in the next decade.

The current Indonesian capital will undergo a $40.18 billion urban regeneration in the next 10 years, more than the $33 billion expected cost to build a new capital city on Borneo island, Bambang Brodjonegoro told Reuters in an interview.

Jakarta is one of the world's most densely populated cities, home to more than 10 million people and three times that number when counting those who live in surrounding towns.

Brodjonegoro said the relocation decision was taken because the government knew the population concentration in Jakarta has to be reduced.

The government expects to begin moving to the new capital city in the East Kalimantan province in 2024.

"People assume Jakarta is doing fine. Jakarta is not doing fine at all. The water condition is a cause for concern, wastewater, air pollution," he added.

Only 60% of the city has pipe water infrastructure, forcing millions of people and businesses to dig wells to use up groundwater, hurting the environment, Brodjonegoro said.

The over-extraction makes Jakarta prone to floods and sinking due to subsidence. Rising sea levels aggravated the sinking with some part of the city dropping as much as 11 inches a year, making Jakarta the fastest sinking city of its size globally.

Part of the new project submitted by the city government is to extend water pipes to cover all of Jakarta so that people don't rely on groundwater, Brodjonegoro said.

The government will also build a new sewage system, he said.

The biggest chunk of the spending would be for mass transportation, such as lengthening the newly built track for its mass rapid transit (MRT) system, a new loopline railway, more commuter lines, bus-only lanes and flyovers, Brodjonegoro said.

Jakarta suffers from some of the world's worst traffic jams. The congestion, the current dry season, industrial pollution and the city's reliance on coal power plants had put Jakarta among the world's most polluted cities as well.

Heri Andreas, a geodesist who does research on subsidence for the Bandung Institute of Technology, said Jakarta may be saved if people stop sucking groundwater, even though he noted any construction could weigh on the city.

"If 100% of Jakartans stop using groundwater, we can build infrastructure massively and the ground will not subside," he told Reuters by telephone.

However, at the current-sinking rate, 95% of Jakarta will be underwater by 2050, Andreas warned.