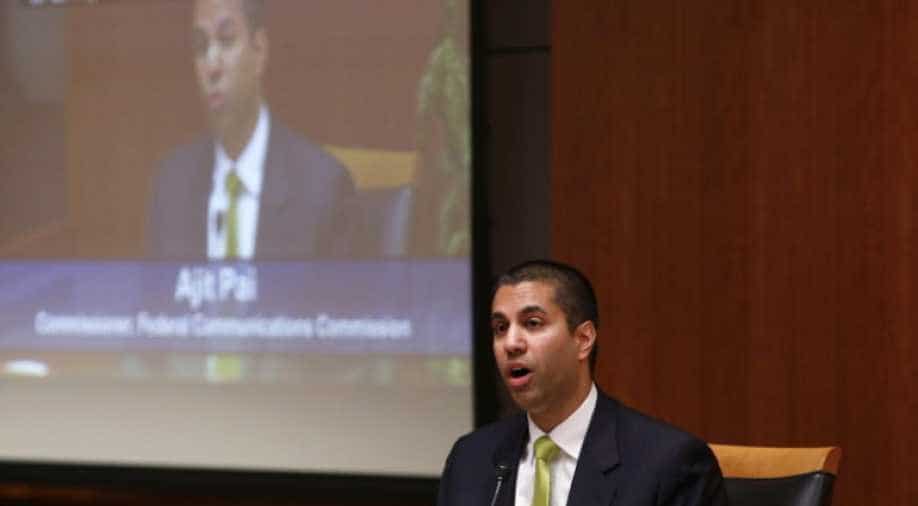 President Donald Trump is all set to name Indian American Ajit Pai, a Republican member of the Federal Communications Commission (FCC) and a fierce critic of Obama-era's net neutrality rules, to lead the agency.

A person familiar with the transition confirmed the news to Bloomberg but asked not to be named since the decision was not yet public.

Ajit Pai has dissented from the decisions of Democrats on the FCC that supported net neutrality provisions that forbid internet service providers from blocking or slowing web traffic to some users.

The provisions opposed by companies like AT&T Inc and Comcast Corp are among those likely to be reversed by president Donald Trump’s FCC, Bloomberg reported citing its intelligence analysts.

The FCC regulates US' communications infrastructure, including TV, phone and internet service. Pai is one of the two Republicans on the five-member panel that currently has three members after two Democrats departed during the change of presidential administrations.

Trump can now appoint a Republican and another member to fill the two open seats with nominees that need Senate approval, Bloomberg reported.

The Republicans’ FCC majority should help them roll back pro-consumer policies -- opposed by many phone and cable industry groups -- including net neutrality rules that bar internet service providers from favoring some websites and apps over others.