In Vienna, it's the homeless who're city guides 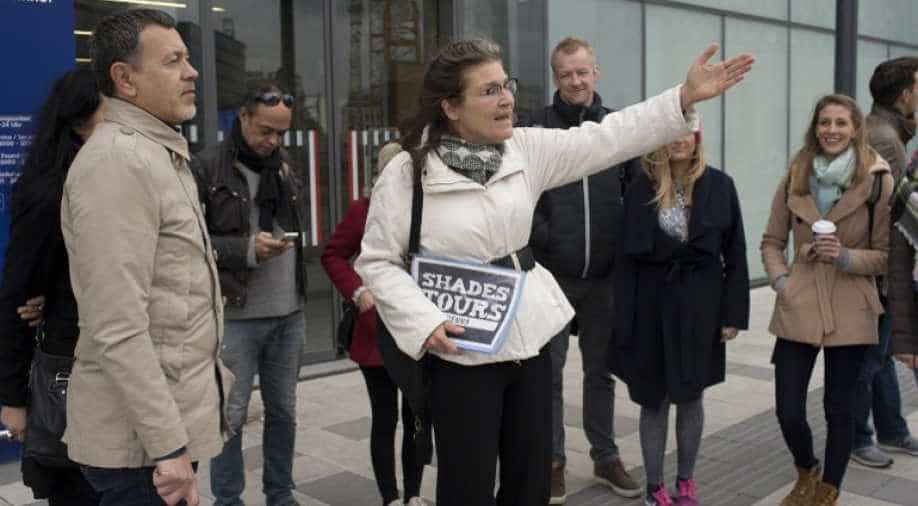 Diagnosed with breast cancer in 2014, Barbara (R) lost her livelihood and then her flat while undergoing chemotherapy. Photograph:( AFP )

On a wintry afternoon, tourists huddle around their guide outside Vienna's central train station. But instead of exploring glitzy palaces, Barbara will take them around night shelters and soup kitchens as part of a new initiative aimed at helping homeless people like herself get back on their feet.

Vienna is ranked one of the world's most liveable cities with an excellent social security system, but thousands of people nonetheless fall through the cracks.

Official data shows around 4,300 end up on the street every year, but the actual number is thought to be much higher.

It's hard to imagine that tour guide Barbara, with her flowing locks and cream suit, is included in that grim statistic.

Diagnosed with breast cancer in 2014, the former gallery owner in her forties first lost her livelihood and then her flat while undergoing chemotherapy.

After several months sleeping rough, she managed to get a bed in a homeless shelter.

"I'm confident that I'll soon have my own place again, not least because of this," she added, referring to her new job at Shades Tours.

Launched last year, the social start-up is part of a growing European trend that sees the needy hired as city guides as a way to help them reintegrate.

While they show tourists in Paris around famous landmarks, the Vienna concept goes a step further to peel off the stigma attached to homelessness.

"We (see) homelessness on a daily basis but we have no idea what it is actually about, so I guess that's the reason people look away instead of trying to help," the French-Austrian told AFP.

Shades Tours was initially aimed at Austrians, drawing hundreds of school children, social workers and companies in 2016, with a selection of tours costing 15 euros ($16) that range from a couple of hours to all day.

"Our guides are in a unique position to explain Vienna's complex social system and its challenges. They provide children with an emotional lesson they can't get in a classroom," said Schober.

During the visits, people have the chance to ask questions and the homeless are generally keen to share their stories.

"Ask anything you like, there is no taboo on the topic, we can speak frankly," Barbara told her group.

The organisation now employs three full-time guides, two of whom have already been able to move from their shelter into private housing.

Boosted by the success, Schober recently broadened the offering to include English-language tours for international tourists.

"I wanted to get an insight into the life of homeless people because we encounter them without understanding what it is like," said Bulgarian Steliana Kokonova, 29.

Barbara, who declined to give her surname, switches effortlessly from German to English and French as she explains why the central station is a "hotspot" for the homeless.

"It's warm, it's open 24 hours a day and you can be anonymous here," she tells the visitors after they enter the huge glass structure.

Multilingual social workers, recognisable by their red jackets, walk around the station handing out information to homeless people on where to get help.

"What's the worst part about being homeless?" asked one of the tour group.

"Nobody from my former life knows where I am now and I have no family," she said.

Vienna, a city of 1.7 million, has a solid network of public institutions and not-for-profit organisations helping those in need.

Barbara and her group brace icy winds to head to the so-called "P7" building -- the government branch that runs Vienna's homeless registry and provides sleeping quarters.

In winter around 700 beds are added to the 300 available all year round to prevent people from freezing to death, particularly in the current cold snap gripping the continent.

But it's not enough to meet the high demand, made worse because Vienna also draws the homeless from other European cities like Budapest where conditions are even tougher.

For two euros a day, you can sleep, eat, shower, and use the internet at the men-only VinziPort shelter, the last leg of Barbara's tour.

"Everyone chips in. Food is provided by the kindergarten next door, hospitals and bakeries," says Schober.

At the end, participants thank Barbara for sharing her story, including Kokonova:

"One major thing that will stay with me is that we now have more information about how to direct homeless people towards useful institutions."