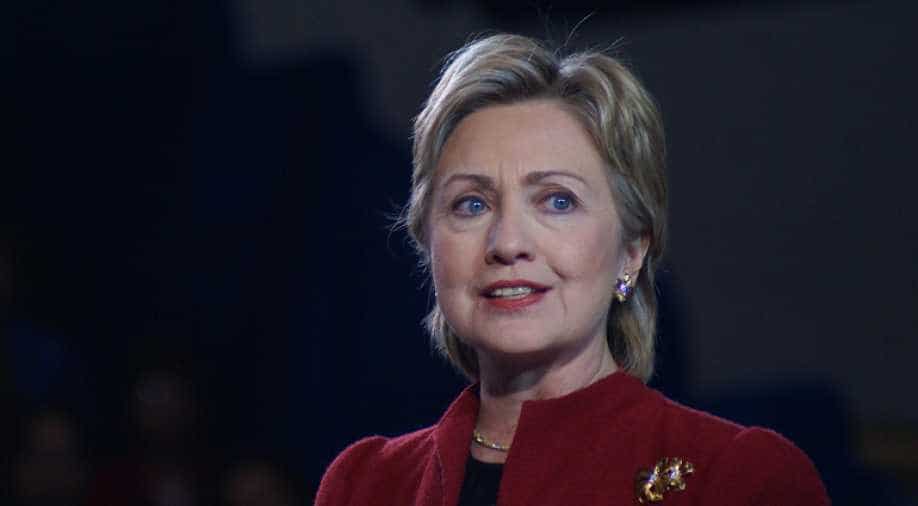 Clinton, a Democrat, lost in the Electoral College to US President Donald Trump in 2016 despite receiving more votes than him nationwide.

Hillary Clinton on Thursday said she hopes Senator Kamala Harris, the Democratic Party's vice presidential nominee, and women running for political office in the future will receive "less sexist" media coverage than she did in 2016.

"I still hope, especially with Kamala on the ticket, that the coverage of women running for president or vice president will be less sexist, less sensationalist and less trivializing," Clinton, a former US secretary of state, said during an online forum hosted by news organization The 19th.

Clinton, a Democrat, lost in the Electoral College to US President Donald Trump in 2016 despite receiving more votes than him nationwide.

Clinton said she had talked with Harris and Joe Biden, the presumptive Democratic presidential nominee who this week named Harris as his running mate, about their campaign.

"They are inheriting a mess of historic proportions," Clinton said, adding that she did not think the coronavirus pandemic would be over by January when Biden and Harris would take office if they defeat Trump and Vice President Michael Pence.

"I think Joe and Kamala together will be absolutely ready for lots of long, long days and very short nights working to get as much done as quickly as possible," Clinton said.

Clinton added that she expected Trump to cast doubt on the result of the election if he loses.

"I have every reason to believe Trump is not going to go quietly into the night if he loses," Clinton said.

Clinton sidestepped a question from a reporter about whether she would serve in a Biden administration if he defeats Trump.

"If you are asked to serve you should certainly consider that but let's not go there until we actually win," Clinton said.