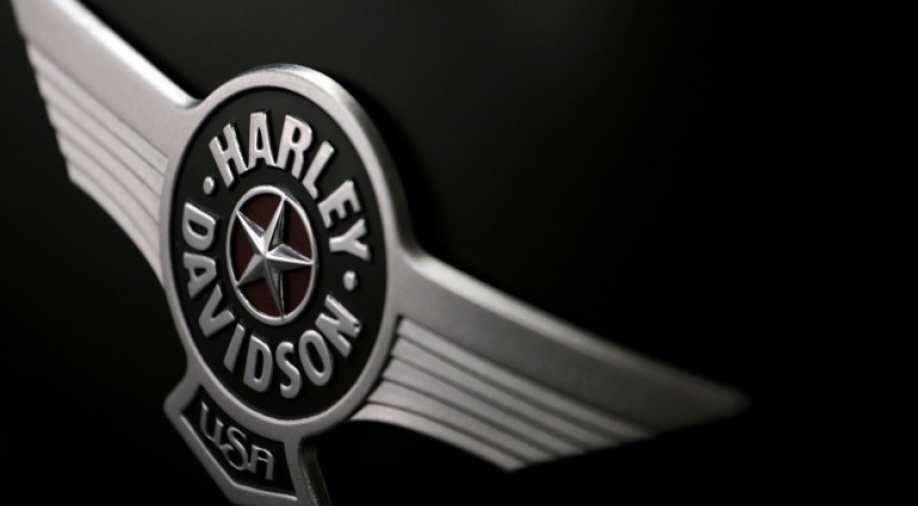 The Harley Davidson logo is seen on a motorcycle at a showroom in Bangkok, Thailand, June 28, 2018. Photograph:( Reuters )

Trump last year threatened to impose higher taxes on Harley after it made plans to move production for European customers overseas, part of a longer-term strategy for dealing with lower sales in the US and higher costs because of trade tariffs.

Harley-Davidson Inc will partner with China's Qianjiang Motorcycle Co to build a new smaller motorcycle than its trademark "big hogs", making good on promises to move more production outside the United States that have angered President Donald Trump.

Trump last year threatened to impose higher taxes on Harley after it made plans to move production for European customers overseas, part of a longer-term strategy for dealing with lower sales in the US and higher costs because of trade tariffs.

The partnership Harley outlined on Wednesday is aimed both at taking a bigger chunk of China's huge bike and moped market, while also fitting in with a plan to cut costs and source half of all sales outside the United States by 2027.

The new bike would have an engine displacement of 338 cubic centimetres, one of the smallest in the company's 116-year old history, and would be sold in China from the end of 2020.

Harley's existing range of motorcycles are generally far larger and come with high price tags and engine capacities of more than 601 cubic centimetres.

That has made the company a niche seller in Asia's big markets, where lightweight bikes and scooters dominate and left it struggling to win over consumers globally to replace a traditional US customer base which is ageing.

Harley declined to reveal a price range for the new motorbike, but Qianjiang said it would be "affordable" and Harley said it would be introduced elsewhere in Asia after the initial launch in China.

"The international motorcycle market is huge, but Harley-Davidson has not been able to penetrate it with large/expensive bikes," said Craig Kennison, an analyst with brokerage Baird.

"Our recent dealer survey work reinforces the need for Harley-Davidson to add more first-time riders. For many, affordability is an issue."

Harley's sales in China grew 27 per cent in 2018 compared to 2017, and the company has already boosted investment at its Thailand plant to serve that market and avoid additional import duty.

Harley said it had picked Qianjiang, owned by Chinese Volvo brand operator Geely, based on its experience developing upscale smaller motorcycles, supply base and knowledge of emerging markets.

The company said in 2018 that it planned to launch lightweight motorcycles in Asia and electric bikes globally. It expects to launch its first electric motorcycle without the traditional clutch and gear-shift controls later this year.

As part of a plan it calls "More Roads to Harley-Davidson", the company expects to spend $675 million-$825 million over the next four years, cutting costs and generating $5.9 billion-$6.4 billion in revenue in 2022.