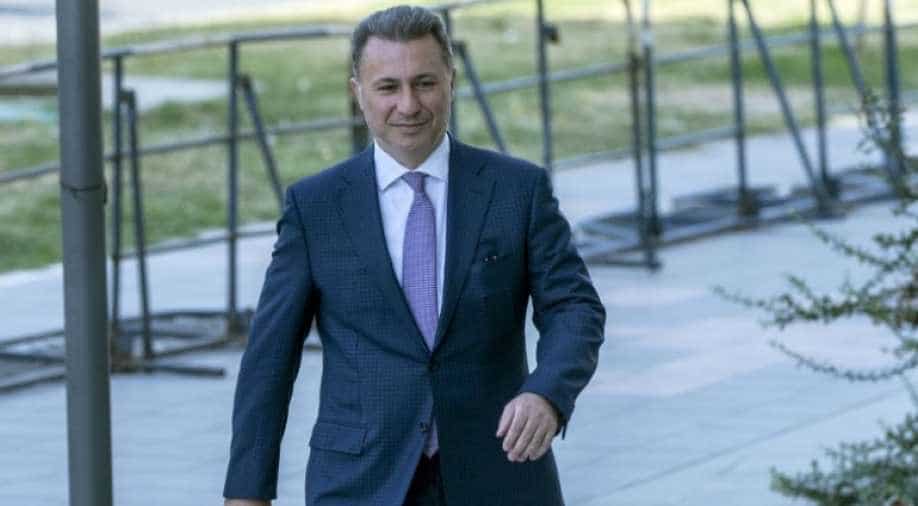 Macedonia's fugitive former premier Nikola Gruevski said Saturday he fled to Hungary despite being sentenced for abuse of power after he received a threat that he would be killed in jail.

In his first interview since fleeing, given to Macedonia's Sitel television, Gruevski said that at first he intented to go to jail despite what he labelled "crazy judgements with no legal basis".

"But... I received information that someone was planning my liquidation in prison.

"Then I changed my decision," Gruevski said.

He said he got information on his planned assassination from "people who were well informed inside prison".

"I cannot say publicly who is behind this plot because I cannot prove it at the moment. I decided to leave Macedonia afterwards."

Gruevski ruled Macedonia for nearly a decade until 2016, when evidence appearing to show a widespread wire-tapping scheme by his administration led to his downfall.

The former premier has since been the target of a number of prosecutions and last year was found guilty of using a luxury government Mercedes for personal travel.

On November 11, Gruevski pulled off a dramatic escape, passing through Albania, Montenegro, and Serbia before reaching Hungary.

Gruevski said Saturday he chose Hungary since it was a NATO and European Union member as well as a "country with independent institutions".

After Gruevski fled, a special prosecution team appointed to probe alleged crimes committed by his administration, submitted two new charges against him.

He was accused of "illegal financing" of his VMRO-DPMNE party and unlawful construction of its headquarters.

Skopje has demanded Gruevski's immediate return, while the EU is looking to Budapest for answers.