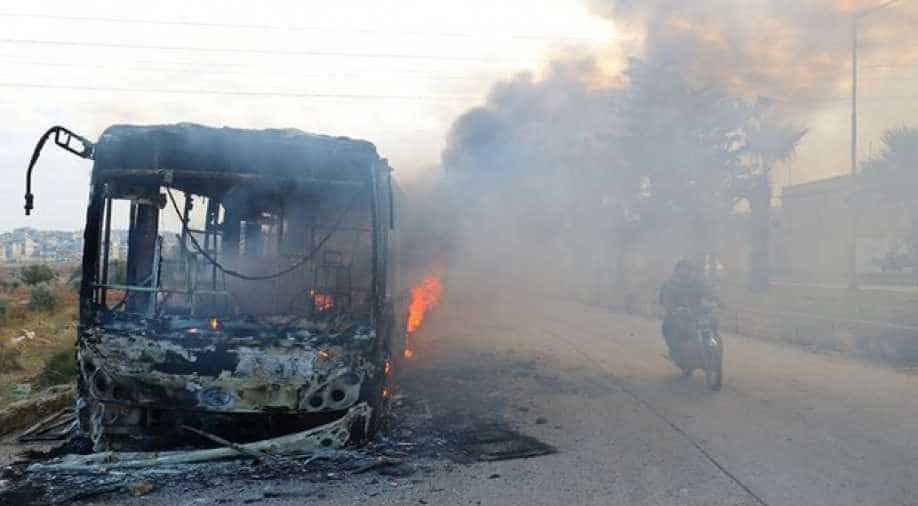 Several buses which were on its way to rescue the injured people from the besieged Syrian villages of al-Foua and Kefraya were burned by an "unknown rebel group" on Sunday.

The Syrian government and rebels had decided to renew the evacuation process from east Aleppo if the injured in al-Foua and Kefraya villages could be rescued as well. It was a demand made by President Bashar al-Assad's government.

Rebel officials said an angry crowd of people, possibly alongside pro-government forces, carried out the attack.

A resident in the area told Reuters it was not carried out by the group formerly known as the Nusra Front, which had previously said it had not agreed to the evacuation of the two villages.

The development comes hours after Red Cross said it hoped to rescue stranded civilians on Sunday.

UK-based Syrian Observatory for Human Rights had earlier said that al-Nusra, a rebel front, were thwarting aid buses from entering the two villages.