After divorce, Cameron says UK must stay close to EU 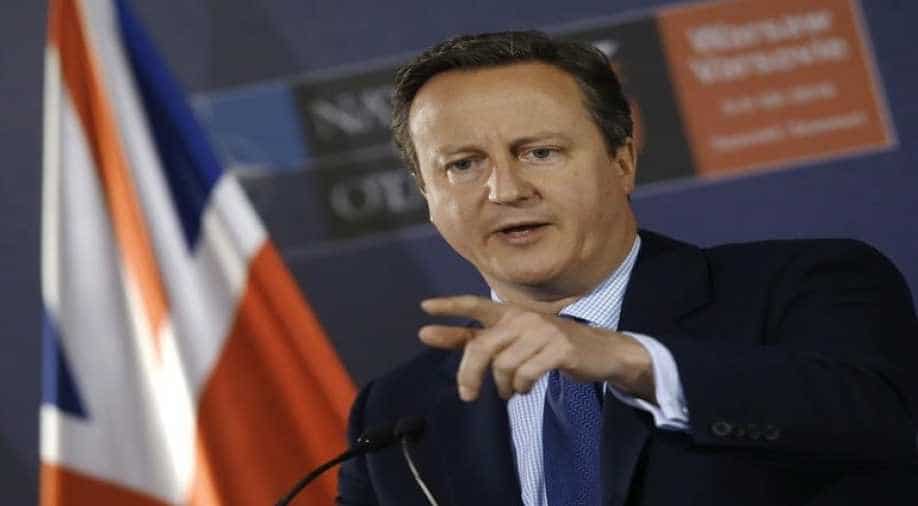 David Cameron announced his resignation the day after his campaign to remain in the European Union was defeated in the referendum. Photograph:( Reuters )

Follow Us
Prime Minister David Cameron said it was in Britain's fundamental interest to remain very close to the European Union (EU) when it renegotiates a new relationship with the bloc it voted to leave in a referendum last month.

Speaking to global aerospace executives at the Farnborough airshow today, Cameron said Britain must accept the reality of the vote and must make it work, including forging a new relationship with its European partners.

"The big strategic decisions are for the next prime minister but the groundwork is underway," he said.

"All I would say about the outcome is this: I believe it is in our fundamental national and economic interest to remain very close to the European Union, for trade, for business, for security, for cooperation. So let that be our goal."

Cameron announced his resignation the day after his campaign to remain in the EU was defeated in the referendum.

He said Britain had already had a taste of the turbulence in global markets and in term of the value of the pound that he had warned would follow a leave victory.

"There will be other problems ahead but I want to be clear: we will deal with them from a position of strength, with a growing economy, a greatly reduced deficit, lower inflation and more jobs and businesses than ever before in our country," he said.

"Above all though, we must recognise we are in a new reality now, we must accept it and we must make it work."

He said Britain needed to "think big and think radically" to ensure the best outcome in the new circumstances, including a much bigger push on trade and investment targeting fast-growing economies like India and China.