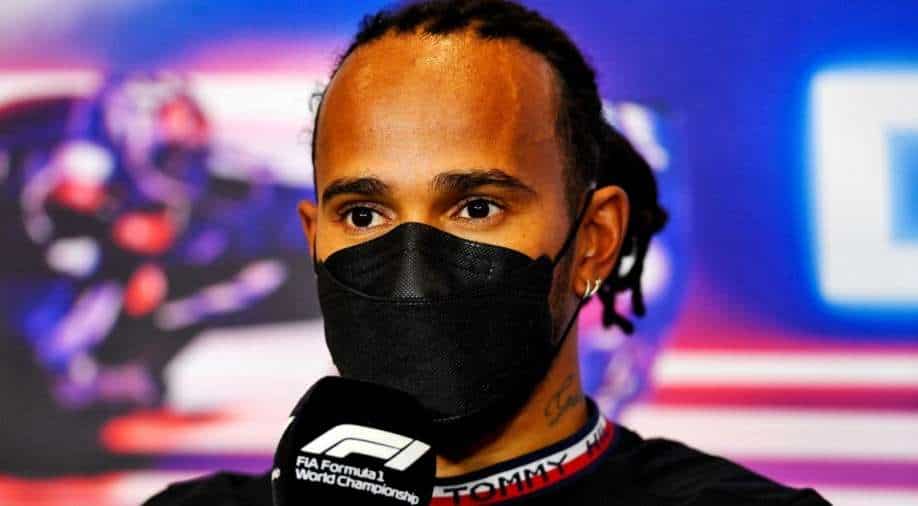 The rear wing on Lewis Hamilton's Mercedes failed a post-qualifying inspection by just 0.2 of a millimetre, team boss Toto Wolff said after the Formula One title contender was sent from first to last on the grid for Saturday's sprint race in Brazil.

The seven-time world champion battled back through the field to finish fifth, leaving him 10th on Sunday's main race grid after a penalty for exceeding his season's engine allocation is applied.

His car failed the technical inspection after he dominated Friday qualifying for the new format 100km sprint at Interlagos, with checks showing the gap between the rear wing elements was too wide.

Wolff said the wing, which was impounded by the governing FIA and had yet to be returned, was damaged in qualifying and the matter should not have gone to the stewards.

He said Hamilton, now 21 points behind Red Bull's Max Verstappen with four races to go, had been in disbelief after the stewards' ruling.

"Discovering that we've marginally failed the test, we are speaking 0.2 of a millimetre, to not allowing this to be fixed like the normal protocol would be...there the bullet was out of the gun," said the Austrian.

"The wing was damaged. One side was OK, the middle was OK, the right side was not OK, and that means we actually had a performance disadvantage.

"We thought that, in consideration of all these aspects, the FIA would say there was a damage and therefore we weren't in breach of the regulations."

Wolff said he thought sporting director Ron Meadows was joking when he told him the news.

"Strange things happen but you have to take it on the chin, and the last 60 minutes of motor racing from Valtteri and from Lewis brought all the enjoyment back with all the frustrations that happened before," he added.