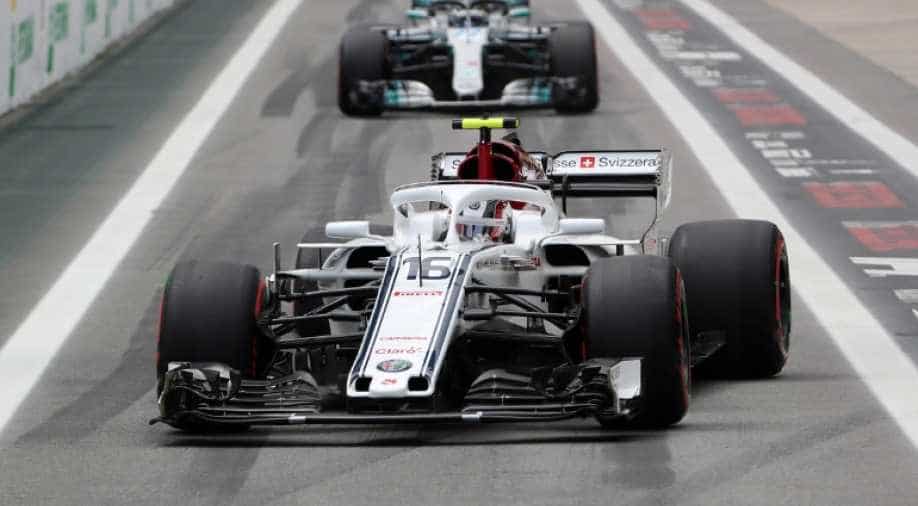 Sauber made their Formula One debut as a privately-owned team in 1993, taking their sole victory at the 2008 Canadian Grand Prix while racing as BMW's factory team.

The Sauber name will disappear from the Formula One grid this season after the Swiss-based team announced on Friday it had been renamed Alfa Romeo Racing as part of an extended sponsorship deal.

The team, who finished eighth out of 10 in the constructors' championship last year, will remain under the same independent ownership and management with Frenchman Frederic Vasseur as principal.

Sauber made their Formula One debut as a privately-owned team in 1993, taking their sole victory at the 2008 Canadian Grand Prix while racing as BMW's factory team.

They have been partnered by Fiat Chrysler brand Alfa Romeo since last year.

The team use the same engines as Ferrari, with whom they have close ties, and have Finland's 2007 world champion Kimi Raikkonen and Italian Antonio Giovinazzi in an all-new driver lineup for 2019.

Alfa Romeo has a strong heritage in Formula One with the first two world championships in 1950 and 1951 won by Italian Giuseppe "Nino" Farina and Argentine Juan Manuel Fangio in cars carrying the four-leaf clover emblem.

Ferrari's late founder Enzo also started out racing and managing a team for Alfa Romeo, before setting up on his own in the late 1930s.