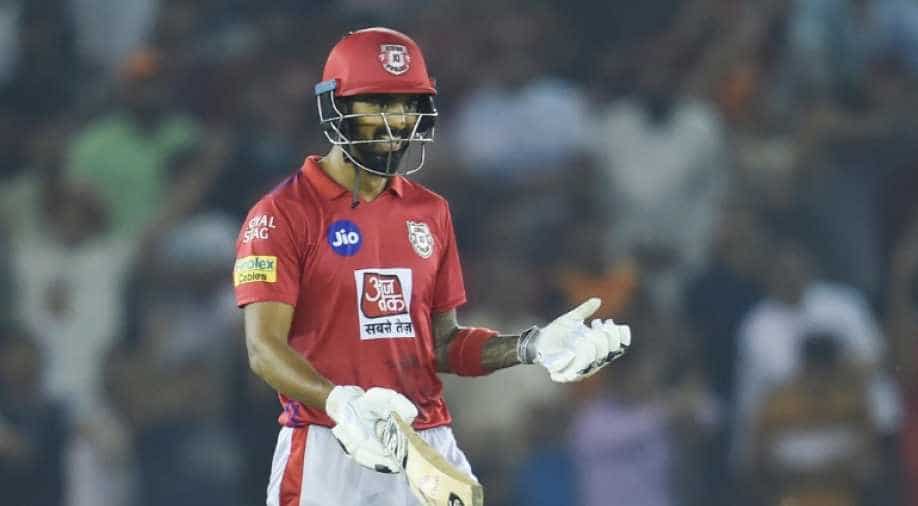 Rahul now has 1 hundred and 3 fifties in 7 matches for Punjab in the 12th edition of the league.

Rahul now has 1 hundred and 3 fifties in 7 matches for Punjab in the 12th edition of the league.

Rahul was playing a patient inning for the most part of the game but took the driver's seat and exploded in the penultimate over.

What an innings by the @lionsdenkxip opener as he brings up his maiden #VIVOIPL 💯#KXIP 197/4 after 20 overs pic.twitter.com/czmaVNnXTv

He then hit Jasprit Bumrah for a six to move to 98 and on the fourth ball of the final over, ran two to bring up his first ever IPL hundred off 63 balls.

Last year, Rahul made 95 not out which was his career-best score in the IPL before tonight.

Rahul had a poor start to the IPL this year. He scored 4 against Rajasthan and got out for 1 against Kolkata.