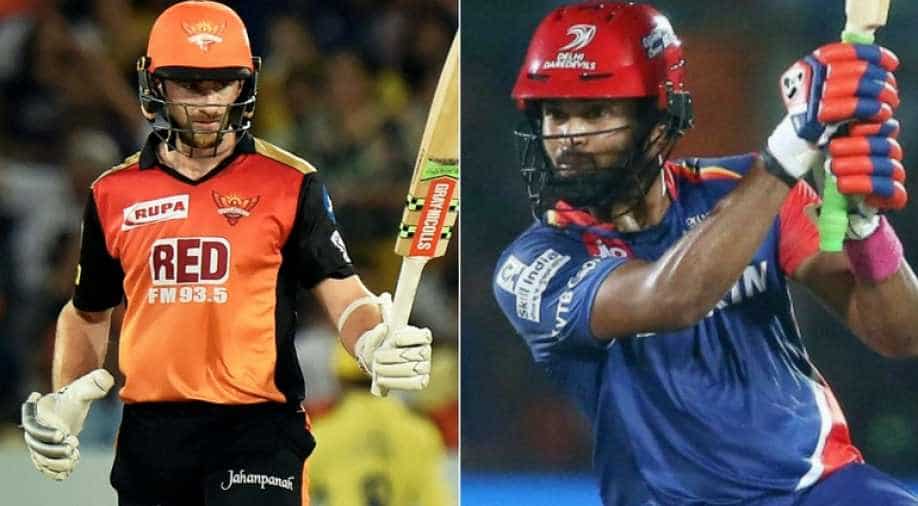 Delhi will come down to play against table-toppers Hyderabad at Rajiv Gandhi International Stadium on Saturday.

They will be eager to script a surprise win against the Kane Williamson side, much like they pulled off earlier this week against Rajasthan by four runs.

After just three wins in nine matches played so far, Delhi are currently placed in the second place from the bottom. They are almost on the verge of yet another early elimination.

Meanwhile, Hyderabad, who have been excellent with their bowling line-up throughout this season, and currently placed on top of the table.

They will look to consolidate their top spot by defeating the rejuvenated Delhi.

If we talk about batting, then Delhi's opener Prithvi Shaw slammed a 25-ball 47 to give its team the much-required start against the Rajasthan.

Skipper Shreyas Iyer too reached half-century to lift up his team from their previous failures.

But it was Rishab Pant's 29-ball-69 which took the game away from Rajasthan.

Hyderabad, on the other hand, also played remarkable innings in their previous game.

Skipper Kane Williamson, who is the backbone of the team, slammed another half-century. He made 63 runs in 43 balls which included 2 sixes and seven fours.

Playing at their home ground, it becomes important for Shikhar Dhawan to shed his poor form.

Meanwhile, the bowling department of Hyderabad is much stronger than Delhi's.

So overall, a solid performance from Delhi with the bat can only put the Hyderabad on the backfoot. While the Williamson side will play every card to consolidate their top spot.