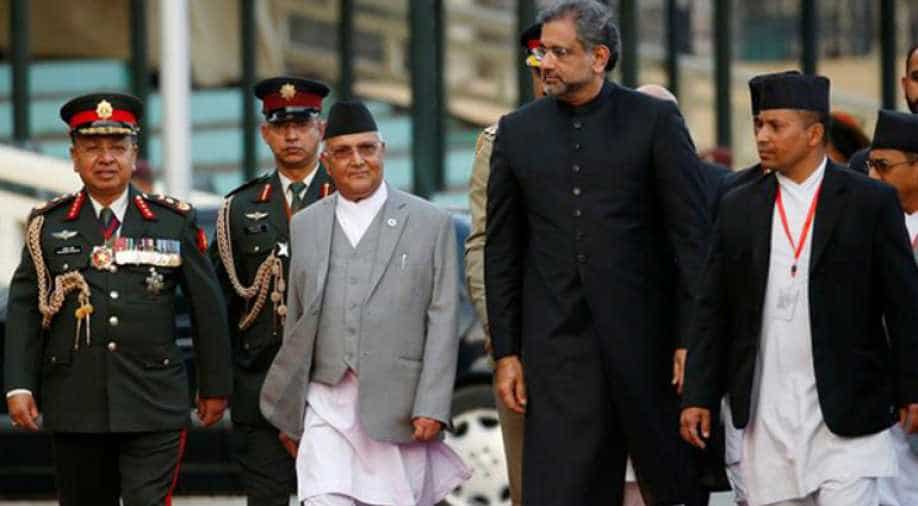 Both the countries have also agreed to revive the stalled SAARC process, at bilateral talks held between Nepal PM and visiting Pakistani PM.

Abbasi said that Pakistan welcomed the completion of the democratic process in Nepal and wished for an era of a durable peace in the Himalayan country.

The Pakistan Prime Minister also backed Nepal's unity, sovereignty and territorial integrity as a matter of prime importance, according to The Dawn.

Abbasi said that he was pleased to see the flourishing of Nepal's democratic process and stated that political stability was a key to attaining economic development in any country.

He added that Nepal and Pakistan shared good relations for decades and agreed that there was a huge scope in collaboration in the fields of culture, education, tourism and sports respectively.

Both sides discussed the South Asian Association for Regional Cooperation (SAARC) as an important platform for exploring cooperation among regional countries in the interest of the people.