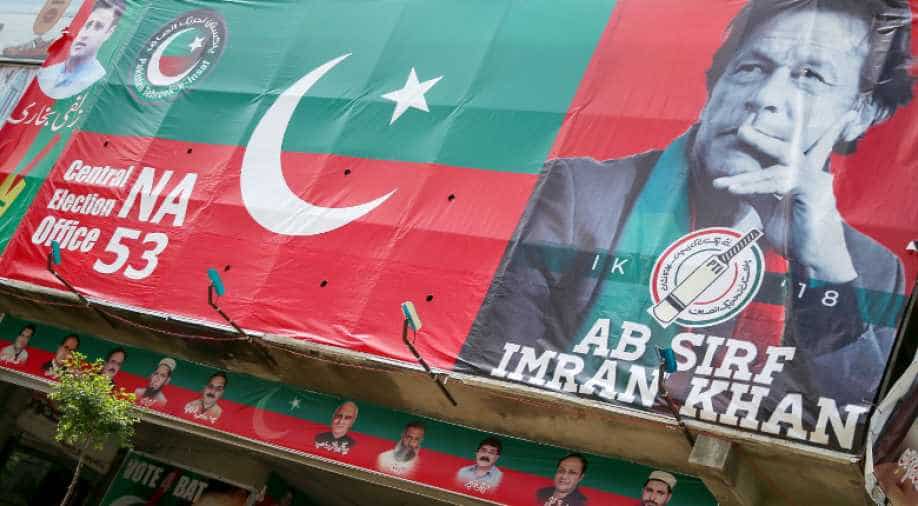 With Imran busy in trying to put together a coalition,  Afghanistan President Ashraf Ghani on Sunday called the PTI chief and invited him to visit the country. Photograph:(Reuters)
Follow Us

The Muttahida Qaumi Movement-Pakistan (MQM-P) on Wednesday declared its support for the Pakistan Tehreek-e-Insaf (PTI) to constitute the Central government.

The declaration was made by the MQM-P convener, Khalid Maqbool Siddiqui in an appearance on a Geo TV show, the Dawn reported.

"Yes, we have agreed to cooperate with them (PTI) for the formation of (a coalition) government at the Centre," Siddiqui said.

He stated that it was not in the party's favour to side with the Pakistan Peoples Party (PPP) in opposition to a PTI-led government, citing the "current situation in Sindh" and the "many (unpleasant) experiences in the past" with the PPP in Sindh.

The MQM also confirmed its non-participation in the All Parties Conference (APC), a meeting of opposition parties led by the Pakistan Muslim League-Nawaz (PML-N) to hold discussions pertaining to the alleged rigging in the July 25 elections, which is slated to be held in Islamabad on Thursday.

"The MQM-P will not be attending the APC," MQM-P spokesperson Aminul Haq, who is a newly elected Member of National Assembly from Karachi, told the Dawn.

Haq also confirmed that former Sindh governor, Mohammad Zubair, had approached Faisal Subzwari, a senior MQM-P leader to invite them to the APC.

Haq cited the "bitter experience" of working with the PPP in Sindh and at the Centre as the factor for not attending the APC, and also because the PPP is part of the joint opposition.

He further stated that, along with the PTI, the MQM has plans for the "urban development" of Karachi, Hyderabad, and Mirpurkhas, adding that the rejuvenation of the Karachi Circular Railway, a second phase for the K-IV project for providing drinking water to Karachi, several transport issues, and the rectification of civic problems in urban Sindh were discussed during the recent meet with PTI leader Jahangir Tehreen.

The MQM has won four National Assembly seats from Karachi and from Hyderabad, taking their tally up to six, a stark contrast when compared to the 24 they won in 2013.

Regardless, they have become an important player in the political scene as the PTI themselves lack a clear majority to form the government at the Centre.