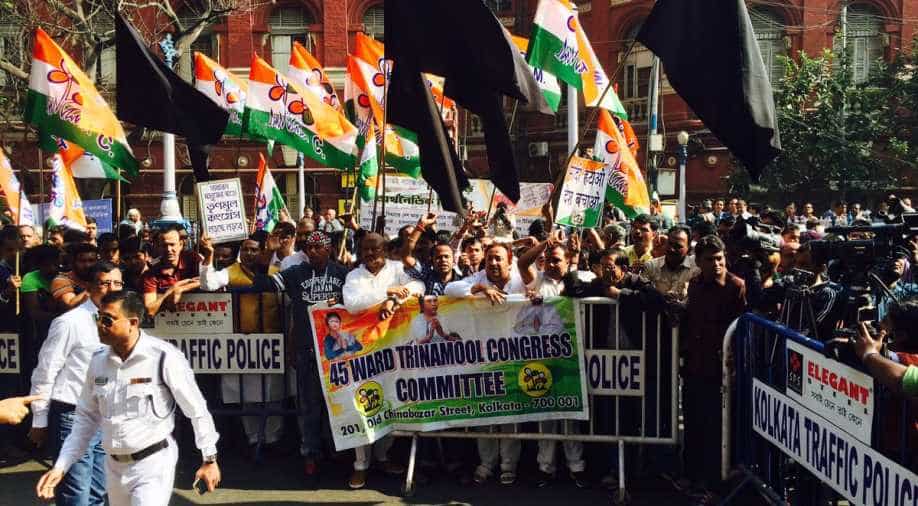 Reserve Bank of India (RBI) governor Urjit Patel, who was in Kolkata today for a central board meeting following demonetisation, was shown black flags by Trinamool Congress (TMC) supporters outside the regional RBI office in the city.

Protestors holding black flags and shouting slogans ‘Go back Urjit’ staged a demonstration outside the RBI office. A rally led by senior Trinamool Congress leaders reached the office and registered their protest against demonetisation.

Earlier in the day, the Left-wing party too had held a demonstration outside the RBI office.

Patel met senior officials of RBI to take stock of the situation post demonetisation in the eastern and north-eastern states.

Patel did not interact with the media. He is likely to meet West Bengal Chief Minister Mamata Banerjee late afternoon and discuss issues faced by banks in the state.