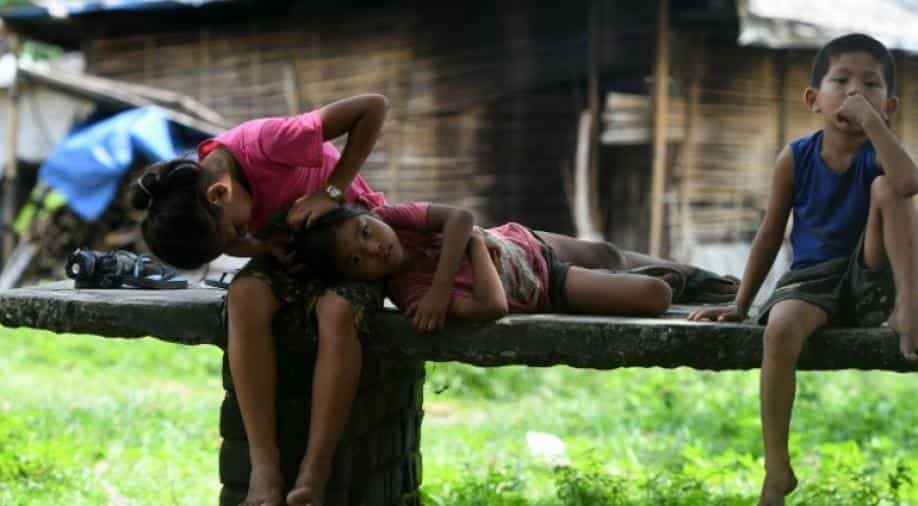 The Nepali-speaking Lhotshampa were branded as immigrants and stripped of citizenship rights when the then-king introduced a 'One Nation, One People' policy in 1985.

The Himalayan nation of Bhutan, often described as a "Shangri-La" where happiness is equated to wealth, is holding elections this week. But the Lhotshampa people, brutally driven out of the small kingdom in the 1990s, won't be voting.

The Nepali-speaking Lhotshampa were branded as immigrants and stripped of citizenship rights when the then-king introduced a "One Nation, One People" policy in 1985.

The edict made following the customs of the Buddhist majority mandatory, including wearing their traditional dress, and speaking Nepali was banned.

Those who resisted were labelled "anti-nationals", arrested and subjected to brutal treatment including rape and torture, according to Amnesty International.

The security forces made detainees sign declarations saying they would leave Bhutan voluntarily as a condition of their release.

One man who left Bhutan is Bhumpa Rai, who was serving as a royal doctor when the king's edict was promulgated.

"They humiliated us... they said that we are not Bhutanese and chased me and my people from the country," Rai told AFP.

The king offered him protection from the Draconian rules, introduced under the pretext of promoting "national harmony".

But the doctor decided to join his fellow Lhotshampa and left Bhutan, becoming a refugee in Nepal.

"They treated people of Nepali origin like enemies. I cannot respect them any more, though I admit that I used to clean their wounds. I was their doctor," the 68-year-old said.

Rai is one of just 7,000 people who remain in the camps in Nepal. The majority have been resettled by the United Nations in third countries including the United States, Australia and Norway.

But the UN programme ended in late 2016 with those remaining refusing resettlement because they say it absolves the Bhutanese authorities of what they did to the Lhotshampa.

Switzerland-sized Bhutan -- sandwiched between regional giants China and India -- has long resisted outside influences, with televisions only allowed in 1999.

Its fight against Westernisation is often seen as a source of its mystic draw, along with its pursuit of "gross national happiness" -- made official policy in 1998 -- over economic gains.

It only swapped absolute monarchy for constitutional monarchy in 2008 and the current elections, due to wrap up on Thursday, are the country's third.

Bhutan still describes the Lhotshampa as immigrants, justifying its nationalistic laws as essential for cultural identity and political stability, according to Freedom House, a think tank.

The refugees in Nepal do not expect the elections to bring any change.

"The election results in Bhutan will reflect what the monarchy wants. Its decision won't come in our favour," said 80-year-old Durga Prasad Sharma -- an outspoken pronouncement that would be unheard of inside Bhutan where self-censorship is rife and the monarchy still revered.

Sharma fled Bhutan in 1994 with a bounty on his head after he joined a political party demanding rights for the Lhotshampa.

Such political parties are now banned under the constitution, which states that all parties have to promote national unity and are barred from using ethnicity or religion to attract voters. Parties also have to field candidates in all 47 constituencies.

The rules have created a monolithic political environment leaving little room for minority rights, effectively disenfranchising the Lhotshampa who remain in Bhutan from the electoral process.

It is unclear how many of the community are still in Bhutan: a 2017 census did not include questions about ethnicity, language or religion, which would have given an indication of how many people identify as part of Nepali-speaking, mostly Hindu minority.

The government has prevented human rights groups established by Nepali-speakers from operating, categorising them as political organisations that do not promote national unity, according to the US State Department.

In the lead up to the 2008 and 2013 polls there were reports of small protests by Nepali-speakers unable to vote, and during the 2013 elections international monitors also documented Nepali-speakers being turned away from polling centres.

"We are also Bhutanese and we are not happy," said 54-year-old Rajman Gurung. "Lhotshampas in Bhutan are unhappy. We will be happy only if we are repatriated to our country and given equal status."