Afghanistan takes on rich and powerful in war on graft 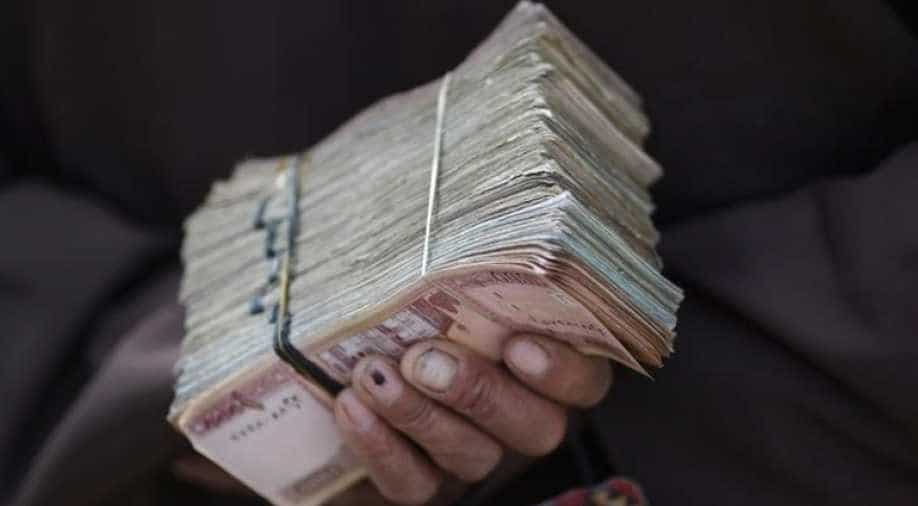 Afghanistan is at the very bottom of the NGO Transparency International's authoritative global ranking on corruption, alongside North Korea and Somalia. Photograph:( Reuters )

Afghanistan's anti-corruption court has held its inaugural public hearings in Kabul, the first steps on the long road to transparency in one of the most corrupt countries in the world -- and expectations are immense.

Afghans hope the Criminal Justice Centre against Corruption, created by presidential decree, is destined to prosecute the rich and powerful behind major cases of graft.

These, according to anti-corruption NGO Transparency International, are numerous. Afghanistan is at the very bottom of their authoritative global ranking, alongside North Korea and Somalia.

The court is headed by a 32-year-old judge, Mohammed Alif Urfani, who sits in prefabricated offices in a heavily guarded compound between the headquarters of the special police and the anti-drug units

"It is a very important moment that will put an end to impunity. One hopes to reach the highest levels of the state, to the former ministers and important people who were never held to account until now," says Yama Torabi, chairman of the Independent Committee for the Observation of Corruption.

The anti-corruption centre, the fulfilment of a promise made by President Ashraf Ghani to the international community last May, is armed with prosecutors, judges and police criminal investigators, and had a war chest of half a million dollars for its first four months.

It is headed by a 32-year-old judge, Mohammed Alif Urfani, who sits in prefabricated offices in a heavily guarded compound between the headquarters of the special police and the anti-drug units.

A father of two young children, Urfani is guarded by two soldiers and one member of the Afghan intelligence service.

"I have not received any direct threats, but this is just the beginning. The pressure will inevitably increase when the biggest cases are reached," he says, citing threatening phone calls received by police officers who arrested a three-star general at the Ministry of Defence.

Thirty-five people, including 14 judges, have been assigned to the centre, which comprises a court of first instance and a court of appeal.

"Whoever they are, they have been checked and cleared," the spokesman for Attorney General Jamsheed Rasooli told AFP.

To date, they have taken 55 cases and 31 suspects behind bars, with "five ministries" in their sights, as well as "the Central Bank of Afghanistan and the issuing authority of identity cards", he says, but gives no further details.

Earlier this month the court handed down its first sentence: two and a half years in prison for military prosecutor General Abdul Haye Jurat.

He was caught red-handed as he pocketed 50,000 Afghanis ($760) from a prisoner's family, demanded to secure the man's release at the end of his sentence.

The offence appears minor in view of the billion dollars diverted from Kabul Bank in 2010, a massive scandal that highlighted how deep the roots of corruption go in Afghanistan -- but it is a start.

"The sum is small but the accused is a two-star general," said Urfani. "We proved that we can bring high-ranking officers to justice."

- Impatience -
"We know that the population and the international community are scrutinising us," says the young judge, the only person in his village to learn to read and write. Today his childhood friends watch when he appears on television.

He regrets the "impatience" of Afghans: "Some cases take years: when you want to bring a minister to justice, you need proof and to arrest the people involved. If you go too fast, you will lose."

At a very high level, witnesses fear for their relatives. "People are scared to help us, they fear kidnappings, the mafia is inside the government," he says.

The first hearings were attended by a large number of foreign observers, including those of the embassies which financially support the centre - the United States, the United Kingdom and the Netherlands in particular.

"This is a considerable challenge when it's about the rich and powerful... Corruption is the basic problem," the European Union ambassador, Franz-Michael Mellbin, told AFP, referring to the many "ghost employees" of the ministries and even of the army or the police.

But both the international community and the Afghan people must be realistic, he added.

"Previously a lot of cases were poorly prepared and it was very easy for defence lawyers to dismiss them," he adds, justifying the need to "isolate the institution from the power to let them work and gather the evidence and build the cases properly".