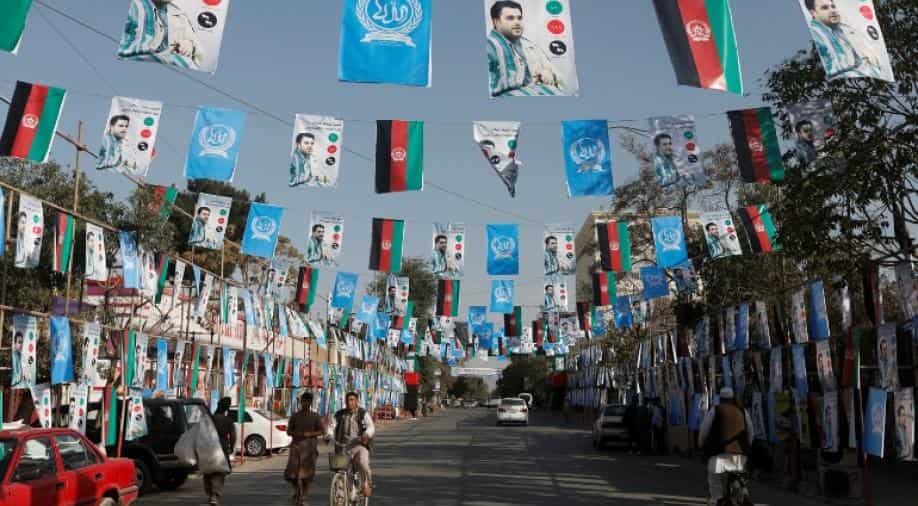 Polling centres opened at 7:00 am (0230 GMT) across the war-torn country, with some 54,000 security forces deployed to protect them.

Polling centres opened at 7:00 am (0230 GMT) across the war-torn country, with some 54,000 security forces deployed to protect them.

But there are concerns the killing of a powerful police chief in southern Afghanistan on Thursday will scare off many voters.

Polling has been delayed in Kandahar province until October 27 after a Taliban-claimed attack on a US-Afghan security meeting that killed three people, including General Abdul Raziq.

General Scott Miller, the top US and NATO commander in Afghanistan, escaped injury in the shooting, but 13 others were wounded.

Also read: Afghans gear to vote despite ongoing crisis in as many as 20 out of 34 provinces

The Independent Election Commission (IEC) on Friday urged voters to turn out to cast their ballots -- but "vote only once" -- and called on others not to interfere in the process.

"They should observe impartiality in the election so that we have a transparent, impartial and fair election in Afghanistan," IEC chief Abdul Badi Sayyad told reporters.

But the threat of militant attacks and expectations for massive fraud are expected to deter many voters from showing up at the more than 5,000 polling centres.

Shambolic preparations for the ballot have been made worse by a wave of poll-related violence that has left hundreds dead or wounded.

The most recent victim was Abdul Jabar Qahraman, who was blown up Wednesday by a bomb placed under his sofa in the southern province of Helmand.

But the 11th hour introduction of biometric voter verification machines, which have never been used in an Afghan election, threatens to derail the process.

There are also fears the data could be manipulated before preliminary results are released on November 10.

Votes cast without the controversial machines will not be counted, the IEC has said, even though polling centre workers have received little or no training in how to use them.