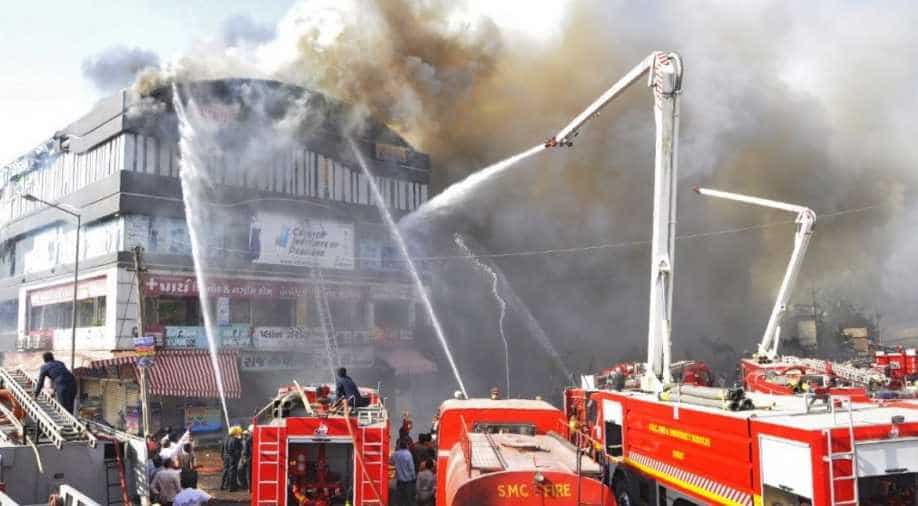 However, small coaching institutes, which are functioning in buildings below 15 metres, do not come directly under the fire department's jurisdiction.

The Delhi Fire service is planning to conduct an audit of all coaching institutes running in the national capital from Monday to avert Surat-like fire tragedy in which at least 22 students died, officials said.

However, small coaching institutes, which are functioning in buildings below 15 metres, do not come directly under the fire department's jurisdiction, a senior official said.

"Small coaching institutes do not come directly under our jurisdiction, but still we will start from Monday inspections of coaching institutes which are functioning in buildings above 15 metres and facts will be checked whether they have applied for license and if not, notice will be issued against them," Delhi chief Fire officer Atul Garg said.

The process has been initiated and the department will issue a public notice soon and buildings which are found to be violating norms will be checked, a senior fire officer said.

It will take some time, but the department will not spare those who are found to be flouting the norms and appropriate action will be taken against them, the officer said.

"The fire department called a meeting on Saturday of all the senior officers to discuss the issue and the department is searching how to deal with small coaching institutes, and if required, we will approach the government as well," he said.

"On Thursday, the department rescued 30 people safely after a major fire broke out on the fifth floor of a building in Nehru Place here. No casualties were reported in the incident, he said.

A senior SDMC official, when contacted, said, "Municipal authorities are not authorised to issue fire licence for any building."

"Whether a building is large or small, we just clear building plans. The process to apply for plan clearance is online and applicants have to submit fire safety NOC within a stipulated time, otherwise the application is deemed incomplete and hence rejected," he said.

Earlier on Friday, a massive fire engulfed a four-storey commercial complex in Gujarat's Surat on Friday, killing at least 22 teenage students at a coaching centre, many of whom jumped and fell to their deaths while some were suffocated, officials said.

In a video clip of the incident, some young students at the Takshashila Complex in Sarthana area, where the building is located, can be seen jumping off the third and fourth floors amid plumes of thick smoke.