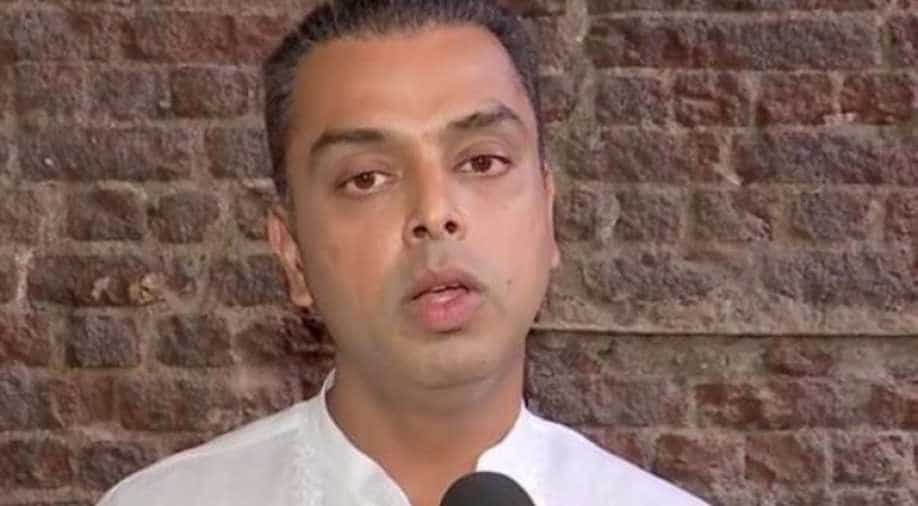 'While I appreciate the kind words expressed by Murlibhai`s friends and well-wishers, I express regret on the insinuations and unwarranted criticism in sections of media and social media,' read Deora`s tweet with his full statement embedded in it

Congress leader Milind Deora on Tuesday issued a clarification after his Twitter exchange with Prime Minister Narendra Modi over the `Howdy Modi` event in Houston led to what he called "insinuations and unwarranted criticism".

"While I appreciate the kind words expressed by Murlibhai`s friends and well-wishers, I express regret on the insinuations and unwarranted criticism in sections of media and social media," read Deora`s tweet with his full statement embedded in it.

In his statement, he asserted that his father had helped build strong ties with institutions across America keeping India`s best interests in mind.

"I have noticed several reports speculating over the exchange of tweets between Shri Narendra Modi and me. I have inherited the legacy of the Indo-United States relationship from my late father Murli Deora.

"My father first visited the US in 1968 as an exchange student, and after meeting Robert F Kennedy, decided to enter public life and build stronger ties between both democracies. My family`s relationships with institutions, political parties and leaders in the US were built over five decades keeping India`s best interests in mind," Deora`s statement read.

The Prime Minister, in a tweet, said, "My friend, late Murli Deora would have been really glad to see the strengthening ties between the two nations."

"Thank you Milind Deora. You are absolutely correct when you highlight my friend, late Murli Deora Ji`s commitment to strong ties with the USA. He would have been really glad to see the strengthening of ties between our nations. The warmth and hospitality of POTUS was outstanding," read the PM`s tweet.

Milind Deora in his statement added that his father had worked for this goal cutting across party lines in India to further the nation`s interests in the USA.

"I am proud to state that Murlibhai`s efforts and relationships helped strengthen India`s national interest. My late father worked closely with Indian Prime Ministers and US Presidents - cutting across party lines - in the spirit of bipartisanship. Murlibhai deserves respect because he was a true patriot who put the nation first. Fortunately, politics at the time was not as confrontational and ungracious as it is today," the statement added.

Deora added that he would continue to "serve my country to the best of my ability and I will remain bipartisan when it comes to issues of national interest and foreign policy. The experience and relationships that I have inherited and nurtured have little meaning if they cannot be leveraged for India."

He concluded his statement by saying, "Finally, I am my father`s son. Friendship was the bedrock of his politics. It has earned us friends and well-wishers from Bhuleshwar to Boston and Walkeshwar to Washington. I will not compromise on my core beliefs even though politics continues to become increasingly uncharitable and partisan."