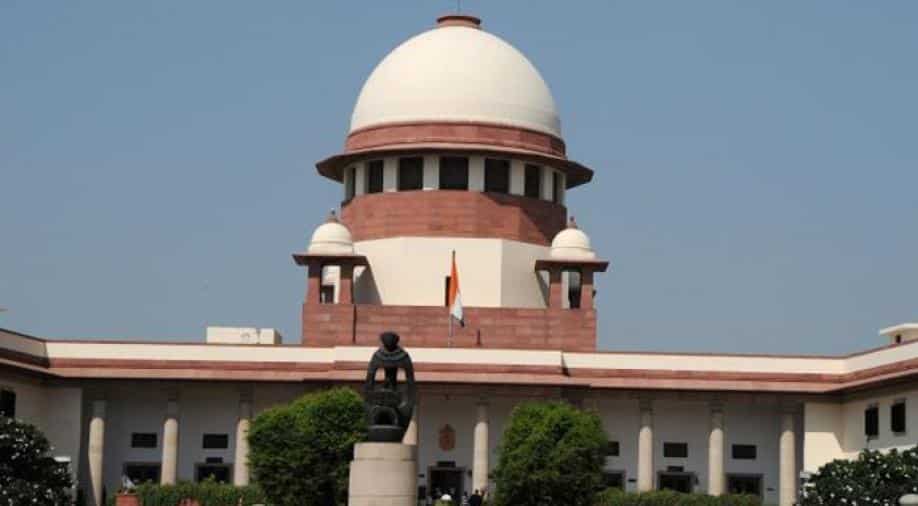 File photo the Supreme Court of India. Photograph:(WION)
Follow Us

The petition said that a direction should be issued to the Centre not to grant environment clearance for sand mining projects without taking into account the cumulative impact of the sand mining in the entire area.

The Supreme Court on Wednesday issued notice to the Centre, CBI and five states on a petition seeking investigation into alleged illegal sand mining. A bench headed by Justice SA Bobde sought a response from the Ministry of Environment and Fores (MoEF), Ministry of Mines, Central Bureau of Investigation (CBI), Tamil Nadu, Punjab, Madhya Pradesh, Andhra Pradesh and Maharashtra in this regard.

During the course of the proceedings, advocates Prashant Bhushan and Pranav Sachdeva, appearing for petitioner M Alagarsamy, argued that illegal sand mining is going on across the country.

"It is a rampant problem across the country which needs to be tackled immediately," Bhushan contended. Quoting a media article, Bhushan submitted that a special investigation team, headed by a senior IAS officer, has revealed illegal mining of 1 crore metric tonnes of beach sand from Tirunelveli, Thoothukudi and Kanyakumari districts in Tamil Nadu.

Alagarsamy sought a direction to the investigating agency to register and investigate the "scams" highlighted by him.

The petition said that a direction should be issued to the Centre not to grant environment clearance for sand mining projects without taking into account the cumulative impact of the sand mining in the entire area.

It pleaded for prosecution and termination of the leases of those entities that were found to have committed illegal sand mining. The plea sought denial of environment clearance to any sand mining project without procuring a proper environmental impact assessment (EIA), environmental management plan (EMP) and public consultation, and appraisal as per the EIA Notification, 2006.

The petition submitted that the court should direct the Centre and states to cease all river and beach sand mining activities owing to the non-implementation of the Sustainable Sand Mining Management Guidelines, 2016 and office memorandum dated December 24, 3013. A direction was also sought by the petitioner to the MoEF to constitute a committee for monitoring all such activities along with investigation and registration of cases against illegal mining by the CBI.

The Centre and states should ensure the existence of an approved mining plan under the Mines and Minerals (Development and Regulation) Act, 1957, for all sand mining projects, the petition added.