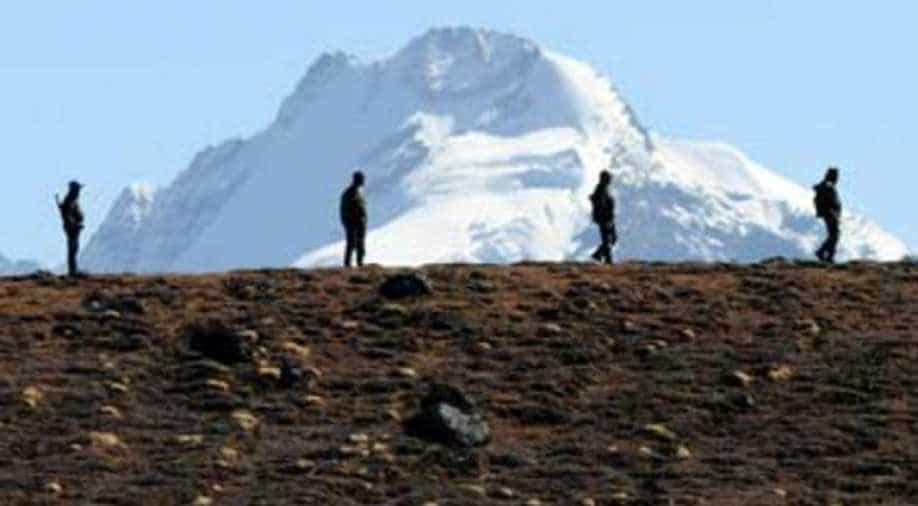 This year's 'Hand-in-Hand' exercises focussing on urban terrorism were significant as they were held after a gap of a year. The drills were not held last year following the 73-day military standoff at Doklam which ratcheted up tensions between the two armies.

Indian and Chinese troops on Saturday concluded the seventh round of counter-terrorism military exercises in China's Chengdu city during which over 100-strong contingents from both nations conducted the drills while living and dining together to build up a sense of camaraderie.

This year's 'Hand-in-Hand' exercises focussing on urban terrorism were significant as they were held after a gap of a year. The drills were not held last year following the 73-day military standoff at Doklam which ratcheted up tensions between the two armies.

The specially-designed drills were in keeping with the spirit of this year's summit at Wuhan between Prime Minister Narendra Modi and President Xi Jinping to improve relations between the two militaries.

The fortnight-long exercises concluded with mixed teams from both armies demonstrating seven rounds of different counter terrorism drills practiced by them since December 11.

The theme of the exercises which included live firing and demonstration of driving skills was to rescue hostages held by terrorists in an urban environment. The troops also showcased counter-terrorism tactics and skills, such as combat firing, and rope bridge crossing.

The 2016 exercises held in Pune had focussed on counter terrorism exercises in non-urban areas.

"During the exercises our soldiers and officers lived in the same rooms and ate on the same table," said an officer of the People's Liberation Army (PLA), briefing on the exercises in the CGTN telecast.

The birthdays of a number of soldiers from both sides were also celebrated together.

The Indian contingent headed by Col Puneet Tomar took part in the exercises to foster closer ties between the two militaries which guard the 3,488-km Line of Actual Control (LAC).

China fielded its troops from the Tibetan military command. Each side deployed 113 troops and officers. The Indian contingent will leave for home on Sunday, the CGTN report said.

"The aim of the Hand-in-Hand exercises is to build closer relations between the militaries of India and China. The exercises involve tactical-level operations in an international counter insurgency/counter terrorist environment as per UN mandate," a tweet by the Indian Embassy here said earlier.

After the Doklam standoff and following the Wuhan summit, the two militaries made efforts to improve relations.

Besides resuming the defence dialogue after the standoff, the two countries also held the 21st round of border talks.

National Security Advisor Ajit Doval and China's State Councillor and Foreign Minister Wang Yi, who are the Special Representatives for the border talks, held discussions on November 24 in Chengdu during which they called for intensifying efforts to find a solution to the vexed border dispute.