India will fight as one and win as one, says PM Modi 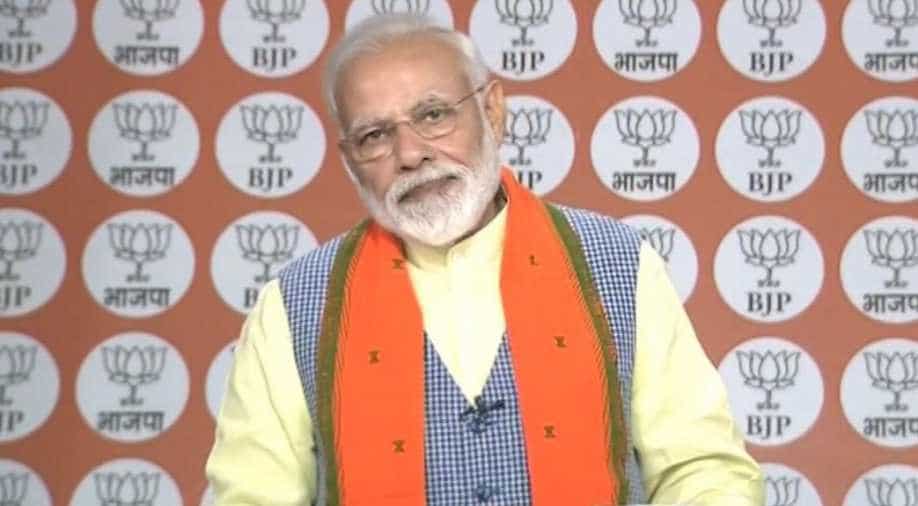 Addressing BJP booth workers, Modi said ''We are grateful to our sons and daughters for protecting our borders and giving the country a safe environment''.

India is proud of its armed forces and stands with its soldiers, said Prime Minister Narendra Modi on Thursday amid escalating India-Pakistan standoff.

Addressing BJP booth workers, Modi said ''We are grateful to our sons and daughters for protecting our borders and giving the country a safe environment''.

Modi's address comes amid growing tension between India and Pakistan after India launched a pre-emptive strike on terrorist launch pads in Pakistan soil.

India won't stop at any cost, India will stay united, Modi said and urged Indian citizens to be part of the mission to build the nation.

India is full of self-confidence, the youth is full of enthusiasm and the country is expanding its capabilities with new policies and in a new fashion, Modi added.

''From farmers to soldiers, everyone in the country now feels that impossible is possible and that's why every single citizen of the country, in whatever profession he/she is, is contributing more towards nation building,'' Modi said.

India is at a juncture from where we can see a new and magnificent country emerging, he said.